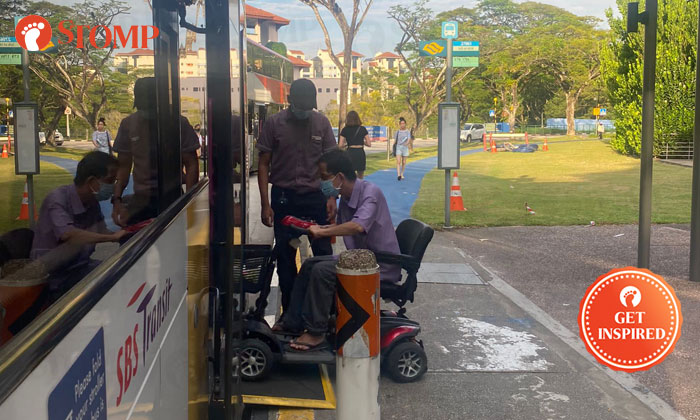 A Stomper was heartened by the kindness and service of an SBS Transit bus captain.

The Stomper had boarded his bus at Boon Lay Interchange on Tuesday (Sept 27) at around 5.34pm.

"Bus captain Yani greeted his commuters politely and despite the load of the bus being quite crowded, he drove safely," said the Stomper.

"When I boarded the bus, I noticed it was extremely clean which shows how much effort and pride he puts into his work.

"At one of the bus stops, there was a wheelchair-bound commuter who wanted to board the bus.

"His smile is very contagious and brings smiles to his commuters as well.

"Thank you bus captain Yani for your excellent service.