Korean YouTube star says she was forced to wear lingerie and pose for lewd photos, groped by 20 men 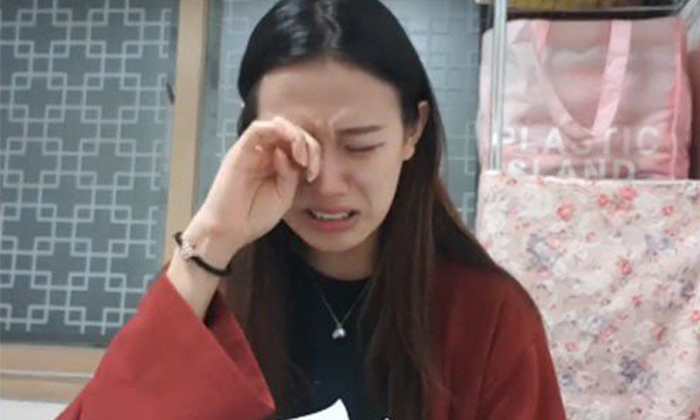 A popular YouTube star in South Korea posted a video alleging that she was the victim of sexual assault and described the ordeal she endured in 2015.

Yang Ye Won, who is known on a streaming site for video appearances with her boyfriend, posted the clip on May 16 with the title: 'I'm a victim of a sex crime. Please listen to my story.'

According to allkpop, Yang explained that the video was sparked by leaked nude photos of her that have been circulating on pornographic websites recently and that she wanted to share the story behind them.

Yang said that she was in her early 20s and an aspiring actress at that time, when she found work as a part-time model for a online shopping mall.

Following an interview with a man calling himself "the chief" at a studio in Hapjeong, western Seoul, she reportedly signed a contract for five photo shoots, reported The Korea Herald.

When Yang returned for the photo shoot, it allegedly turned out to be "all nude".

According to Yang, the doors were locked and there were around 20 men with cameras, but no female staff.

The director demanded that she wear revealing lingerie, Yang alleged.

In the 25-minute video, she said that he threatened her:

"All these people paid to be here. They can sue you for compensation. And I'll also block you from becoming an actress," and "You won't be able to handle it if they sue you."

Feeling like she had no choice, Yang continued with the photo shoot.

She alleged the men groped her breasts and private parts, and turned violent when she tried to reject their advances.

Allkpop quoted her as saying:

"I thought to myself that I might be raped and dead if I don't follow along. So I just continued, trying to get out of here alive.

According to Yang, this went on for all five photo shoots.

The incident killed her dreams of showbiz, she added.

When Yang's nude photos were leaked online on May 8, as well as sent to her boyfriend and friends, she started receiving sexually harassing messages.

"I'm having trouble breathing, my hands are shaking, and tears are rolling as I recall the nightmare. Please help me. Please spread this so people know that things like this really happen and we can prevent more victims. Please, save me."

Police questioned Yang and her friend Lee So-yoon under the presence of an attorney in an undisclosed location on Friday (May 18), reported The Korea Herald.

The studio has since denied Yang's accusations and told Yonhap News: "The photo shoot took place with Ye Won's agreement. We did not force it.

"At the time, we obtained the signature from the photographers, promising not to leak the photos. Things are flowing in an odd direction when what we actually have to do is find the person who leaked the photos.

"I'm also going to be suing her back for false allegations."

Related Stories
S'porean PR on Langkawi holiday pinned down on bed by trespasser, who says 'I want you' in front of her kids
4 S'porean undergrads given suspended jail terms for sexual assault on Taiwanese women
Serial Malaysian rapist drugged and attacked 1,000 females by posing as glam personality
More About:
sex
sexual assault
Korea
model