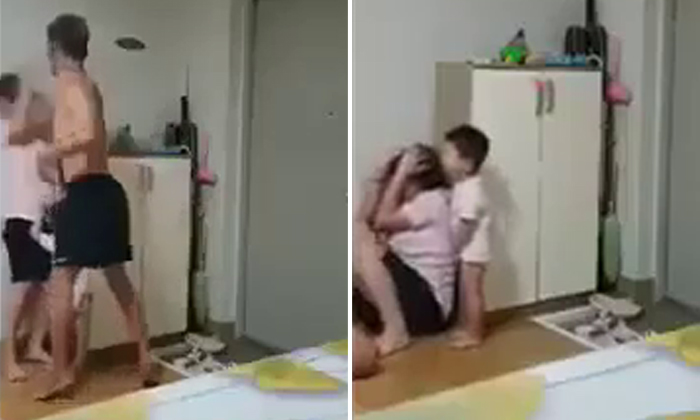 A South Korean man who was caught on camera assaulting his Vietnamese wife in front of their two-year-old son was arrested on Saturday (July 6).

The alleged verbal and physical abuse occurred at the couple's home in Yeongam, South Jeolla Province, last Thursday. It is believed to have started at 9pm and lasted for over three hours.

The 30-year-old victim, who came to Korea from Vietnam as a marriage migrant, suffered rib fractures in the incident, reported The Korea Herald.

A video of the 36-year-old man's vicious assault was posted on social media on Saturday morning and has sparked outrage online.

In the video, the man can be seen slapping the woman's face and kicking her in front of their wailing toddler.

He also repeatedly punches her in the head and stomach while she crouches in a corner with her arms covering her face.

"Didn't I tell you that you are not in Vietnam?" he is heard shouting in the video.

The toddler eventually runs away as the beating escalates.

Yeongam Police Station said the victim and child were moved to a local women's shelter for protection after a report was filed by the victim's acquaintance last Friday at 8.07am.

According to the acquaintance, who is also Vietnamese, said the suspect assaulted his wife "because she did not speak fluent Korean".

Police said that during investigations, the suspect told police he was drunk at the time of the incident.

Related Stories
Woman beaten with hammer and screwdriver by BF who also sexually assaulted and blinded her
Woman suffers husband’s insults, verbal abuse and emotional blackmail in 21-year-marriage
Jiang Jinfu's model GF reveals more details about abuse: 'When it got serious, he would use a hammer'
More About:
abuse
assault
couple
child
Korea