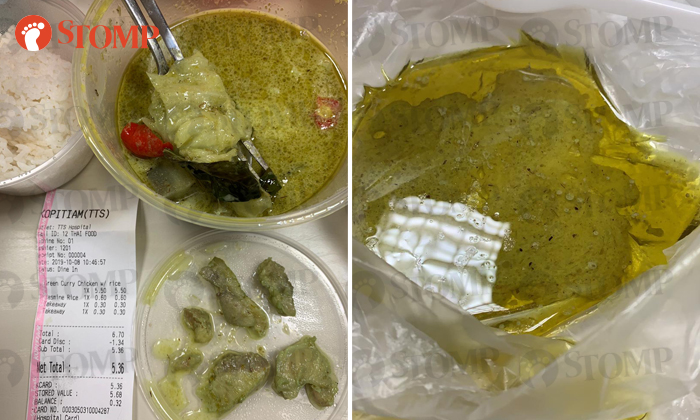 Food court operator Kopitiam has responded to a diner's feedback about what she felt was both an expensive and unhealthy meal at Tan Tock Seng Hospital (TTSH).

Stomper V, who works at the hospital, said she often buys food from the Healthy Kopitiam food court there.

She had purchased green curry chicken with rice from a Thai food stall at the food court on Oct 8, but was unsatisfied with her order.

V, who enjoys a 20% staff discount at the food court, said: "The Thai food stall is quite new and it's the second time I've ordered from them.

"The first time, I bought seafood tom yum. I thought it was quite expensive as there were only a few pieces of seafood, but thought it was understandable as seafood is pricier.

"And look at the layer of oil on top of the gravy." 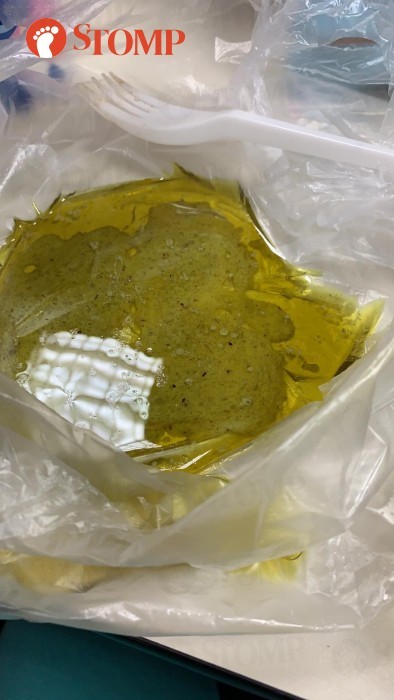 V told Stomp: "Hospital food might be slightly pricier compared to other places due to the availability of healthier options.

"But if even hospital staff find the food expensive, then what about members of the public?"

"However, the customer ordered the meal with extra rice as takeaway. The cost for the extra rice and takeaway charge are stated clearly in the receipt."

According to the spokesman, the food court at TTSH is operated under the 'Healthy Kopitiam' brand with a wider array of Healthier Choice meals made available to diners.

"We have instructed the Thai Food licensee to standardise the food portion and will continue to monitor the stall to ensure that this is strictly adhered to."

Audit checks are also conducted as part of Kopitiam's regime to ensure that good food quality is maintained, added the spokesman.