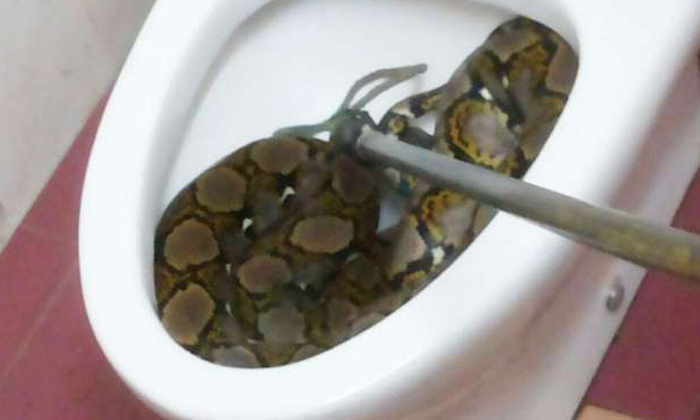 A Klang resident got the shock of her life when she found a python curled up in the toilet bowl, Malaysian newspaper Kosmo reported.

Kamarunesa Mohd Kassim, 40, had just entered the bathroom for an ablution when she spotted the snake.

Her screams brought her brother Rawidean Mohd Kassim, who lives next door, running over to her house.

"The snake was quite big. I immediately closed the bowl lid with a log and put a pail on top of it," said Mr Rawidean.

He believed the python had slithered in via the septic tank before ending up in the bowl.

Selangor Fire and Rescue Department assistant operations director Mohd Sani Harul said they were alerted to the incident at 8.08pm on Monday (Aug 15).

"Five firemen were sent and they took 25 minutes to catch the python," he said.

Related Stories
Imagine playing Pokemon Go in Bukit Batok and coming across this in the bushes!
Woman hunts for 'Ekans' Pokemon at Marsiling Drive -- and really finds a snake
More About:
snakes
Malaysia