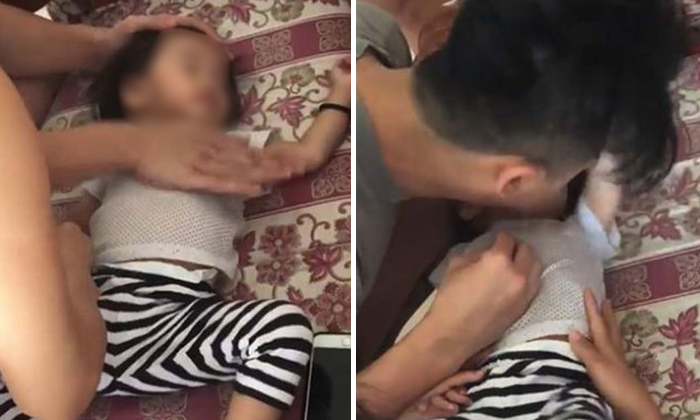 KK Women's and Children's Hospital (KKH) has responded to a Stomp query regarding a viral Facebook post from a couple complaining that their daughter’s condition was downplayed by an on-duty doctor, attributing her subsequent deterioration to lapses in the doctor's judgement.

In the couple's Facebook postings, the enraged parents recounted how they had to wait between three to four hours when they brought their daughter into KKH on the night of Nov 13.

When they finally met a doctor, Dr Peter Wong, they were told that their daughter’s condition wasn’t serious, and they had to wait a few more hours, as priority would be given to emergency cases.

However, the girl's condition took a turn for the worse, and around 11am on Nov 14, she became motionless.

An ambulance was called and she was admitted to the hospital.

Read one of the posts: "My poor little baby!!

"Yesterday night came into KKH, waited for three to four hours and the doctor says she’s not (in a) serious condition, called us to wait (for) another two to three hours, (as) emergency cases come first.

"Doctor still said that if we don't want to wait, we can cancel and go (to) another place.

"And today morning at around 11am, this thing happened to my baby. Called the ambulance and (the hospital) admitted her.

"Thank god she (still) has a response."

The post also showed the father of the child administering Cardio Pulmonary Resuscitation (CPR) on his daughter.

In an accompanying video to the post, a family member could be heard telling emergency response officer that they were not able to ‘check the breathing’ of the girl.

The family member was then told to continue CPR on the girl until the ambulance arrives.

As the girl's father continued administering CPR, the child’s legs started moving, and the member said that she had become ‘responsive’.

The Facebook postings and videos have since been removed.

In response to Stomp’s query, KKH issued an official statement on their Facebook page stating that there had been 'no lapses in medical care or patient safety.'

The post which was uploaded on Sunday (Nov 19) read: "A recent post circulating online mentions our hospital and doctor, Dr Peter Wong, with regard to the KKH Children’s Emergency.

"We have investigated the matter and are in contact with the child and family.

"The facts are as follows: When the child was first assessed at the Children's Emergency, she was found to have fever, but was otherwise stable.

"Our attending paediatric consultant, Dr Peter Wong, who is an experienced and well-regarded doctor, acknowledged the inconvenience caused to the family by the wait, and tried to explain to the parent that there were other patients who were more serious that needed to be attended more urgently and that the child would be attended to as soon as possible.

"The child’s condition was stable and she was not in danger. If her situation had changed or deteriorated, she would have been attended to promptly.

"We understand that the patient then left KKH Children’s Emergency before further medical examination could be conducted.

"About 12 hours later, the child was again brought to the Children’s Emergency and she was assessed to be stable.

"She was admitted to the general ward and provided with the necessary care. She was discharged the following day and is now at home.

"We have reviewed the case, and there were no lapses in medical care or patient safety.

"The hospital’s priority is to provide appropriate and timely care to our patients.

"As such, emergency cases have to be given priority. KKH is committed to improving our patients’ experience, but parents and caregivers have to also play their part to be responsible and considerate to enable our medical professionals to perform their tasks.