KKH investigating allegation that expired nasal spray was given to baby 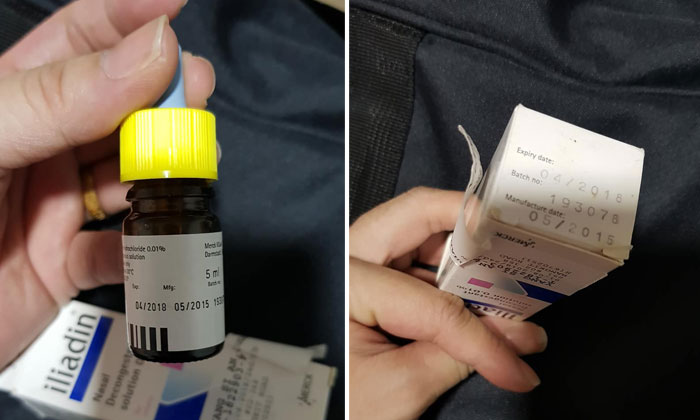 The KK Women's and Children's Hospital (KKH) said on Tuesday (Oct 2) that it is investigating an allegation that an expired nasal spray was prescribed to a baby at the hospital.

Facebook user Judy Teo wrote in a post on Monday (Oct 1) about how KKH had issued her daughter a nasal spray that had expired in April.

KK Women's and Children's Hospital My daughter was prescribed with expired medication. Medication is meant to be dripped...

She said that the medicine was prescribed on Aug 25 to her daughter who was about three weeks old at the time.

According to her, her daughter was not getting better despite using the medication for over a month.

"How can KKH overlook important information like expiry date before issuing the medication to their patients, especially newborns?

"Will there be any adverse effect on the infant as the infant has been given the medication for a month[?]"

According to The Straits Times, Irene had brought her daughter to KKH on Aug 25 after the child came down with fever and flu.

Her baby was hospitalised for a night and was discharged the next day.

She said that the expired nasal spray was given by nurses in the hospital ward.

In response to ST's queries, Ms Irene Chan, director for office of patient experience at KKH, said: "We are aware of this online post and are investigating the matter.