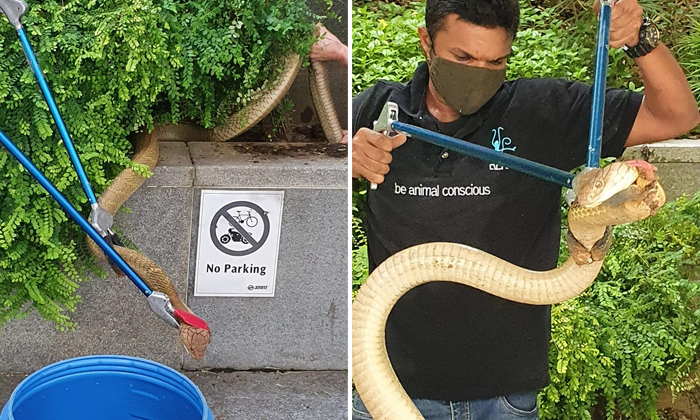 It's not every day you catch sight of a king cobra — let alone one in a high-traffic public place.

The majestic creature caused quite a stir when it made an appearance at Marsiling MRT station on Sunday (May 3).

It was eventually retrieved and released back into the wild by the Animal Concerns Research and Education Society (Acres).

The king cobra can be seen being retrieved from some bushes outside the MRT station and subsequently placed into a bin.

Mr Kalai Vanan, deputy chief executive officer of Acres, confirmed that his wildlife rescue team had been alerted to the king cobra.

He told Stomp: "It was an unusual sighting as these snakes are usually found in the forests.

"A large crowd had formed and the snake tried to go into a hole to probably escape from the crowd. It took us some time to loosen the soil and retrieve the beautiful snake safely."

The reptile was then released back into the wild. 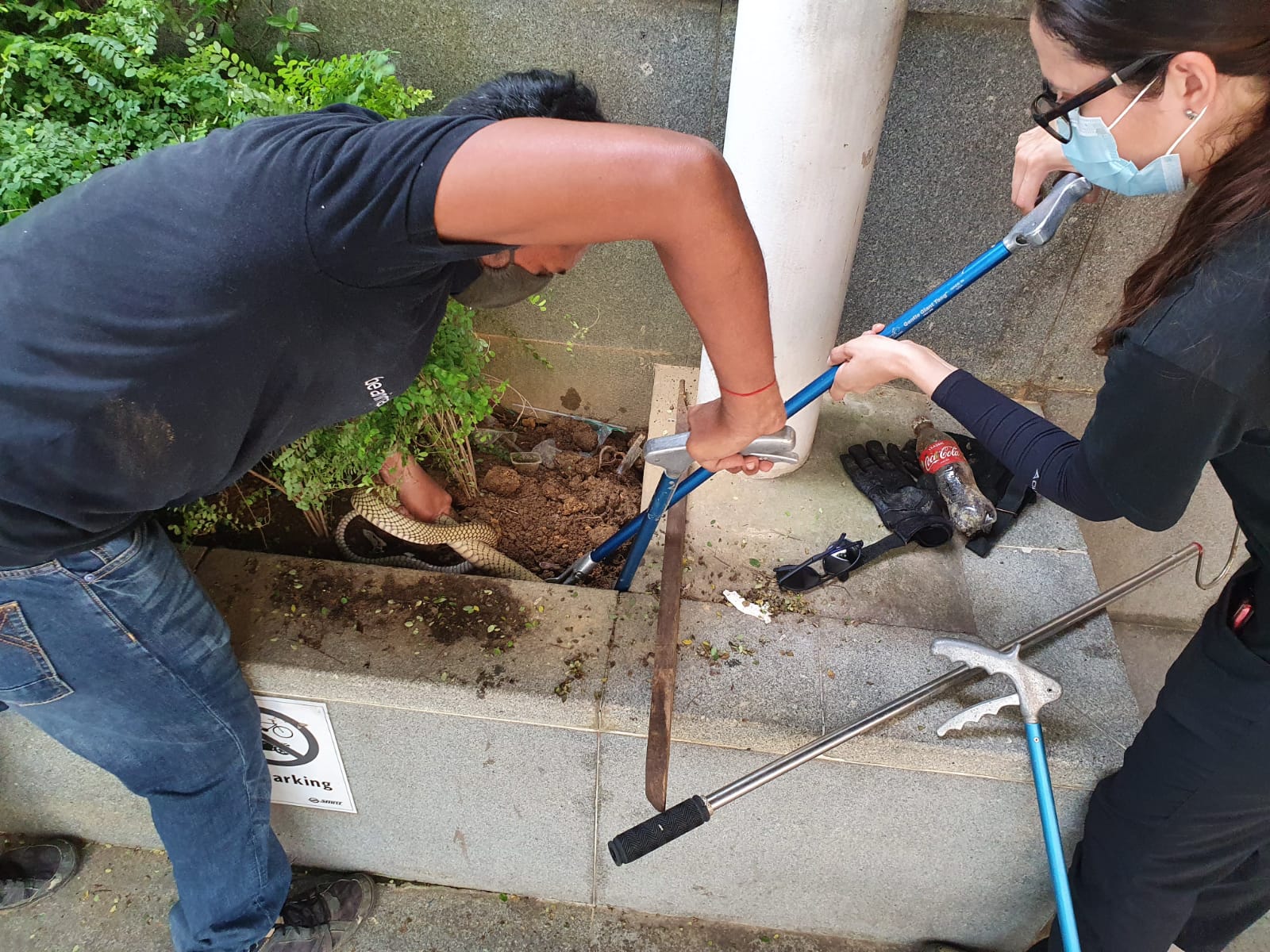 Mr Kalai advised members of the public who come across wild animals in distress to call Acres' 24-hour hotline at 97837782 or the National Park Boards .

He added: "We also urge the public not to crowd around the animal, especially during this circuit breaker period."

View more photos of the king cobra in the gallery.