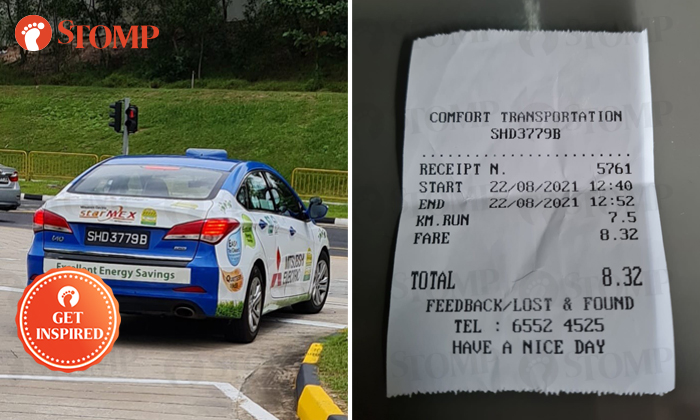 What started as a frantic day for Stomper Arun turned out to be a heartwarming one thanks to his encounter with a kind taxi driver.

Arun said he had been rushing to work and hurrying to board a taxi from Bedok to Loyang on Sunday afternoon (Aug 22), at around 12.40pm.

He recounted: "A ComfortDelGro taxi SHD3779B stopped to pick me up to my workplace.

"During the journey, I told the taxi uncle that I had no cash and could can pay via cashless methods. However, his payment terminal was uncontactable with the server and hence the payment couldn't be made.

"I suggested stopping at an ATM machine along the way but he said there were none on the way to my workplace.

"When I asked for his PayNow, he said he was not registered for it.

"Uncle told me not to worry and treat the trip as free. Even though I insisted on making the payment by taking his handphone number, he continued to decline and said it was okay.

"Since I was rushing to work, I managed to get hold of his handphone number and his taxi number. He even gave me a receipt in the event I need to make a claim."

Arun added: "This taxi driver is a kind-hearted man and ought to be appreciated."