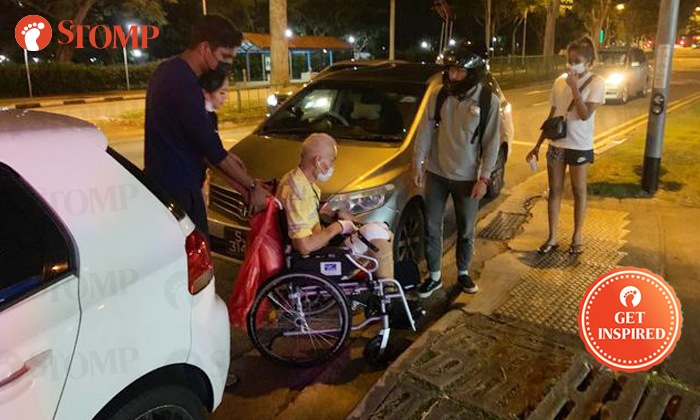 A man on his wheelchair had difficulty navigating onto a pedestrian walkway, but strangers were quick to come to the rescue.

He told Stomp: "A Honda car was illegally parked at the roadside. I suspect the driver stopped his vehicle there to go have supper at the coffee shop nearby.

"As seen in the pictures, the car was parked where the traffic light is and blocking the pedestrian walkway.

"There was a pedestrian who was wheelchair-bound and had difficulty going up the walkway.

"Luckily, a few passers-by helped the uncle up the walkway."

Yijin said there were three others who helped the uncle, though he did not know them. 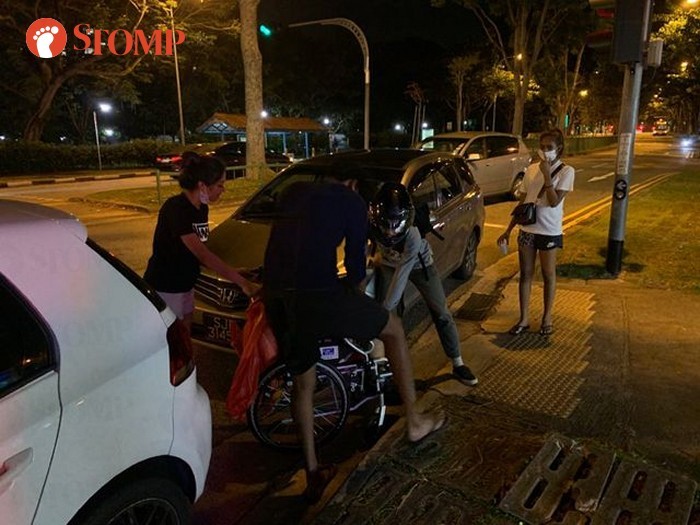 The Stomper added: "After helping the uncle, he asked if we needed drinks from the coffee shop as he was headed there.

"Separately, I hope the authorities can track down the driver who had parked illegally and take action against such inconsiderate behaviour. Thank you."

Related Stories
Family 'stranded' in carpark for almost 30 min because of driver with goondu parking skills
Resident angry with car constantly blocking her mother's gate: 'I can only go in or out if I'm Ant-Man'
Driver of parked car gets vulgar note for blocking staircase access in Woodlands
More About:
parking
inconsiderate
illegal
kind
kudos
elderly
inspiring