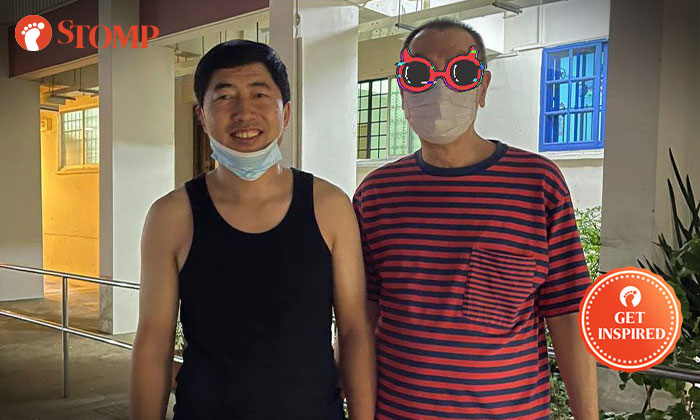 The honest act of a stranger touched the hearts of a couple over the weekend.

Stomper Tina shared with Stomp that her husband was absolutely devastated when he came home on Saturday night (June 11) and realised he had lost his wallet.

"He accidentally left it on top of his cab and drove off," she said.

"When he noticed he lost his wallet, he actually drove along the same route but couldn't find it anymore.

"He came home at 3am and we cancelled all his important cards."

Resigned, the couple were more than surprised when a stranger found Tina's husband's wallet.

"We went out for dinner on Sunday (June 12) and it turned out, Mr Fang had actually picked up my husband's wallet and brought it back to our hose but we weren't home.

"He left his number with our neighbour and we immediately went to his place to pick it up.

"He even rejected our token of thanks."

Tina shared a photo she took of Mr Fang, wearing black, with her husband.

She said: "Thank you Mr Fang for restoring our faith in humanity!"