Kind Cheers staffer returns Stomper's lost wallet: "I have never been more grateful in my life" 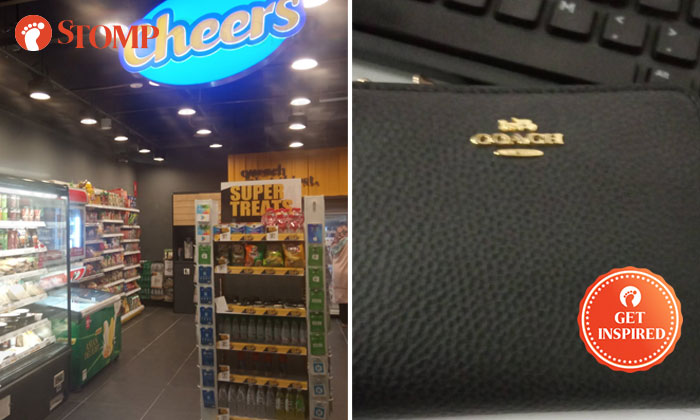 Stomper Nas was touched by the kindness of a Cheers employee who returned her wallet which she had lost hope in finding.

She told Stomp that she lost the Coach purse on Dec 11.

"I made several reports and was very sure that I had lost it," she said.

"A week later on Dec 18, I was pleasantly surprised that Emil from Cheers at Tampines East had kept my wallet safe for me.

"I sometimes go to that Cheers outlet to get a drink before going to work.

"He knew that I would come back and returned it to me on that day."

Nas told Stomp that Emil is camera shy and did not manage to take a photo with him.

However, she still wanted to thank him and recognise him for his kind act.

"It's not often a miracle like this happened to anyone and I have never felt more grateful in my life," she said.