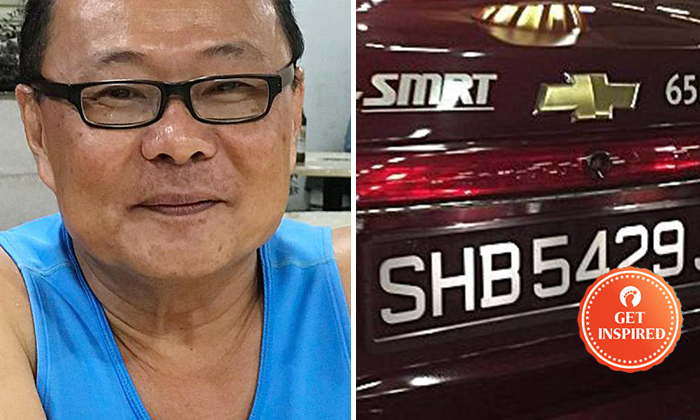 A cabby ferried a passenger back to Sentosa for free after she discovered that she had left her wallet behind after reaching her destination, Dhoby Ghaut.

The incident happened on Thursday (Nov 2) and the passenger, Ms Wang, 49, told Shin Min Daily News that she had boarded the cab at Universal Studios Singapore in Sentosa, and was heading to Plaza Singapura.

She was shocked to find that her wallet was missing when she just as she fished for it to pay for the fares.

Her National Registration Identity Card (NRIC) and credit cards were all inside the wallet, and she did not have a single cent on her.

She said: "I told the driver that I had no money on me, but he insisted on sending me back to Sentosa for free. He said he couldn't just leave me at Plaza Singapura, penniless."

According to Ms Wang, the fare she owed was around $21, and she tried to pay for it by giving the driver a $50 shopping voucher.

However, he declined the offer.

Ms Wang added: "Fortunately, an employee at a food court in Sentosa found my wallet and returned it to the general office.

"Everything inside - $200, as well as the various documents - were intact."

Ms Wang revealed that she had snapped a photo of the driver’s licence plate so she could locate him later to express her gratitude.

"Through SMRT, I managed to get in touch with the cabby, Mr Xie, but he still refused to take the fares.

"However I managed to get hold of his bank account details and I intend on transferring the money to him."

She said that she hopes that the kind driver gets the recognition and credit he deserves.