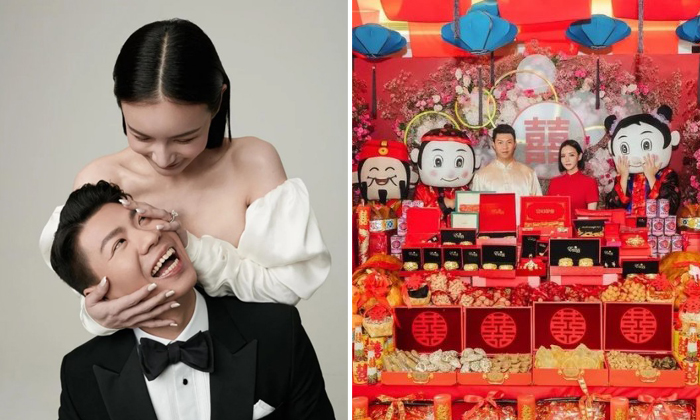 Local socialite Kim Lim, the daughter of billionaire Peter Lim, has opened up about the breakdown of her second marriage in a new interview with Chinese-language magazine Icon published online on Thursday.

In it, the 30-year-old confirmed that she separated from her husband Leslie Leow after just two months.

Lim revealed that their marriage was characterised by daily quarrels, and did not live up to her hopes for a “sweet and warm” life together.

“Looking back now, I think that at that time, I may have been too eager to have a warm home and find a good partner to settle down (with). For a while, I was blinded by the beauty in front of me,” she said.

“I can only blame myself for not getting to know someone well, and everything was decided too hastily. Now I think it is more important to love the family around me and love myself,” she added.

Lim has a five-year-old son Kyden, whom she shares with her first husband, Kho Bin Kai. They divorced in 2020 after three years of marriage.

According to the Icon article, Mr Leow “became irritable and sometimes even lost control” after marriage, a stark contrast to his “gentle and considerate” demeanour before tying the knot.

He remains a mysterious figure, but Icon reported that he is 33 and works in the IT industry.

The couple were engaged after Mr Leow proposed in September 2021, after knowing each other for a few years.

Rumours of their marriage breakdown began spreading in June, when sharp-eyed netizens noticed Lim had deleted all Instagram photos of him and that they were no longer following each other.

She admitted that the failure of her second marriage worsened her ongoing battle with depression.

“I am a person who likes to report good news but not bad news, especially on social media,” she said.

“It was a tough time. There were so many memories of the two of us in the house. I spent several nights sleeping alone in my dressing room, hoping that all the unpleasantness would be like a nightmare after waking up,” she added.

Lim has been travelling the world in the last few months – taking solo trips to places such as Dubai and France – to recover after her “desire for love was taken advantage of by men again”.

She now wants to focus on her career and grow her beauty business, which includes hair loss treatment centre Papilla Haircare and skincare line Illumiaskin. It will be expanding into the Thai market, with the launch slated for the first quarter of 2023.