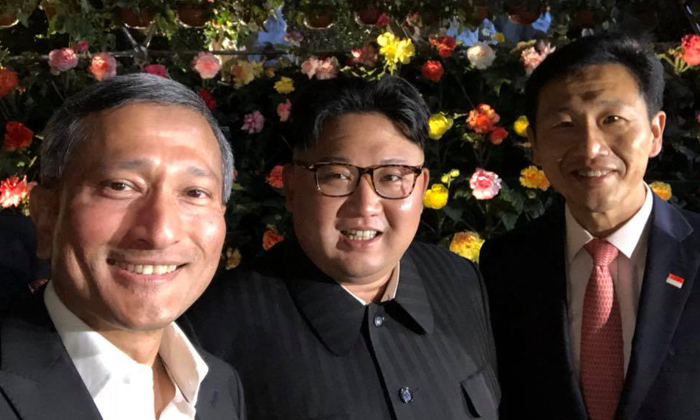 How often do you see a selfie of North Korean leader Kim Jong Un online?

On Monday evening, Mr Kim took a whirlwind tour of Singapore's most iconic landmarks, such as Gardens by the Bay and the Marina Bay Sands (MBS) integrated resorts, ahead of his June 12 summit with US President Donald Trump.

These are probably the first of such public images featuring Mr Kim, whose appearances are normally meticulously managed.

According to The Straits Times, Mr Kim has publicly left his country only thrice since taking power after his father’s death in late 2011.

The one-of-its-kind selfie has been a hit with netizens from around the world: