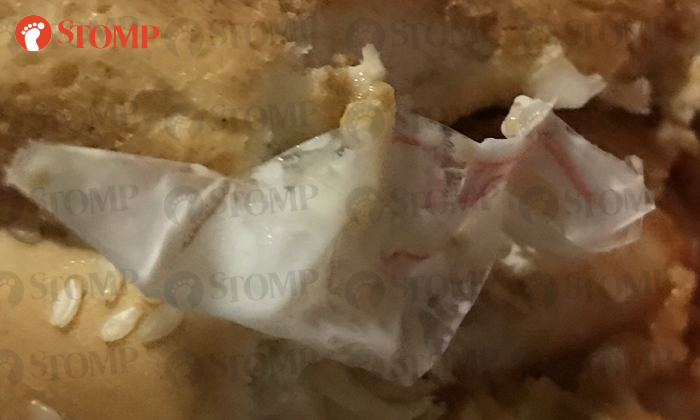 Fast food restaurant chain KFC is investigating an incident where a customer found a piece of plastic — which had a price tag on it — in her Zinger burger.

Stomper Apr said she made a delivery order from KFC on Saturday (Dec 14), at around 9pm.

The Zinger burger in question was part of a Variety Box.

Apr recounted: "I opened up my burger and took the first bite, but there was something hard.

"I pulled out a thick piece of plastic about half the length (or longer) of my pinky finger. There was even a price tag with ink printed on it.

"It was within the lettuce and dressing, though I'm not sure how it ended up inside there." 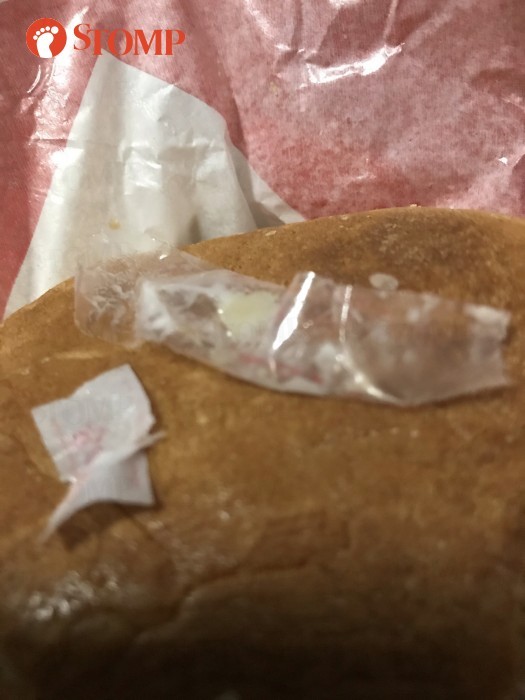 The Stomper, who shared photos of the foreign object in her burger, said she immediately called KFC to inform them about the incident.

She added: "I was told by the customer service officer that the branch manager would call me back.

"The branch manager later called me back and said she would let 'her people' know about the incident. She didn't sound very apologetic.

"I said it wasn't just about that and more about safety concerns.

"She offered to send me another burger and said it would take about half an hour to reach me due to the rain and busy traffic.

"However, I only received it after more than one hour. By then, it was already 10pm+ at night."

Apr told Stomp that she threw away the affected burger after taking pictures of it.

In response to a Stomp query, a spokesman for KFC said: "We are currently investigating this incident.

"At KFC, food hygiene and safety is a priority."

The spokesman also said that KFC had immediately contacted Apr to find out more upon receiving feedback about the incident.