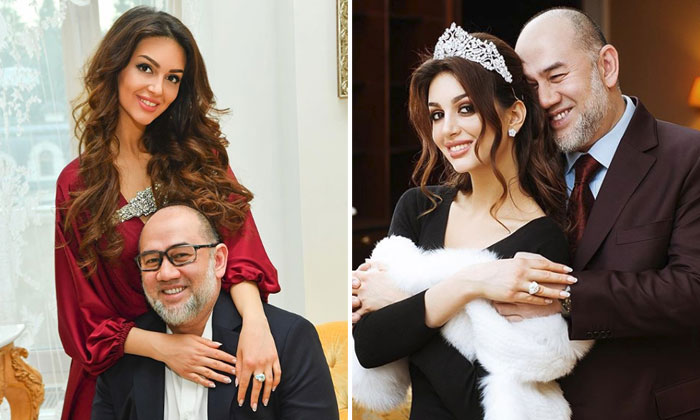 The marriage that both fascinated and surprised many people in Malaysia is over.

They were said to have married on June 7 last year when Sultan Muhammad V was the Malaysian king, but it was only months later that video clips of their wedding reception made the rounds internationally.

The NST, quoting sources, said a copy of the couple's divorce certificate making its rounds on social media was genuine.

The certificate, which bears the Kelantan state crest and is marked as the copy of the wife, indicates the divorce was done through the utterance of the word "talak" three times - the most severe and irreversible form of divorce in Islam.

The date of the divorce was listed as June 22 and it was marked as taking place in Singapore, The New Straits Times reported.

This latest development, however, is not reflected on Ms Voevodina's official Instagram page, which has 341,000 followers.

There are only 14 posts on the account, most of them centred on the couple's relationship, her background, her son and the details of their wedding, the NST reported.

News that the marriage was on rocky ground started making the rounds in January, but Ms Voevodina's father, orthopaedic surgeon Andrei Ivanovich Gorbatenko, was quoted as saying: "It is nonsense. I do not read the Internet, but I would have been the first to know."