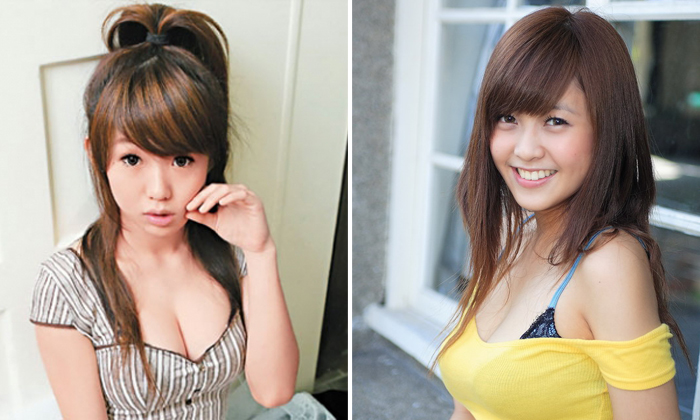 A sweet face paired with a sexy full figure - these are the makings of the ultimate dream girl for many Internet-obsessed geek boys, probably because the same qualities are found in characters of comic books and animated films.

In Taiwan, there is a specific term describing these types of girls: zhai nan nu shen, which literally means "goddess for otaku".

While otaku - a Japanese term describing geeks so obsessed with pop culture that they rarely leave their homes - are often depicted as socially awkward, they are a powerful force: With their help in online promotions and photo-sharing, they can propel zhai nan nu shen to mainstream fame.

Some start out as Internet babes before landing roles in television shows and movies, thanks to their popularity and marketability among the geekier crowd.

The Sunday Times looks at some of the most well-known zhai nan nu shen in the Taiwanese entertainment industry now.

This leggy 1.72m-tall babe was named a zhai nan nu shen after she was seen impersonating, well, another zhai nan nu shen, Yao Yao, on the television variety show Celebrity Imitated Show in 2009.

The impersonation was so funny and spot-on that the clip was widely shared on the Internet.

Since then, she has done everything from modelling to hosting to acting and has achieved moderate success.

Her edge has nothing to do with her shows. Unlike other female celebrities, she is unafraid of making ugly faces and acting goofy and it is that spunk that drives the boys wild.

Still, it helps that she is often seen dressed in sexy clothing. In 2011, she made waves when she was voted the world's sexiest woman in an FHM Taiwan magazine poll, dethroning Taiwanese supermodel Lin Chi-ling, who had held the title for the previous four years.

An is currently in Singapore for a month to shoot her first movie here, A Simple Wedding, in which she plays a bride who wishes to hold simple nuptials.

Ask her about being called zhai nan nu shen and she says: "Fans call me that because they like me, so I can only be grateful for the title."

Da Yuan, who was born Lin Ying- chen, got noticed as a guest on television talk shows such as College Talk in 2010, not just for her outspoken demeanour or her sweet smile - she is more than happy to flaunt her 32E-cup assets in low-cut dresses and bathing suits.

A year later, she debuted as a member of girl group Popu Lady, before also trying her hand at acting, albeit with small roles, in films such as The Fierce Wife (2012) and TV dramas such as Love Or Spend (2015).

After Kuo was seen in a McDonald's television commercial in 2008, netizens could not get enough of her doll-like face and she became an Internet sensation on social media networks and forums.

Two years later, she debuted as a member of pop group Dream Girls and showed off plenty of sexy dance moves.

In 2013, she knocked Amber An off the top of FHM Taiwan magazine's Sexiest Women In The World list and continued to hold on to that title for the next two years.

While she is clearly popular in Taiwan, she has moved to China to act in several TV dramas.

This bubbly singer-actress, whose real name is Kuo Shu-yao, shot to fame after appearing in a Taiwanese video-gaming commercial in 2009, clad in a bustier top and mini skirt.

After signing on to Taiwanese music label Seed Music later that year, she released her debut album Love's Embrace and promoted it via autograph-cum-hugging sessions. Thanks to her 32E-cup assets, the buxom starlet, who often made promotional appearances in low-cut tops, was an instant hit.

Over the years, she has reinvented her image from sex kitten to serious actress. In 2013, she won a Golden Horse Award for Best New Performer for playing a tug-of-war contestant in sports movie Step Back To Glory (2013). This year, she won acclaim for her performance as the titular psychic in the HBO Asia original series, The Teenage Psychic.

Geeks love Lee because she started out as the face of various video-game commercials and is often labelled the "cutest spokesman" on Internet forums.

She has since fronted numerous other brands, such as Darlie toothpaste, KFC and Watson's drugstore.

Like Puff Kuo, she made her mainstream entertainment debut as a singer in sexy pop group Dream Girls, but Lee appears to be more focused on acting these days, starring in many popular television dramas such as Fall In Love With Me (2014) and When A Woman Chases A Man (2017).

Rumour has it that she has been dating Taiwanese heart-throb Kai Ko of You're The Apple Of My Eye fame (2011) for the past two years, but neither has confirmed the relationship.

Nicknamed Dou Hua Mei, or Tau Huay Sister, Tsai got her geek-boy fan following after someone posted a picture of her selling tau huay (soya beancurd) on an online forum. At the time, she had a part-time summer job selling tau huay at Taipei Story House, a museum.

The photo of the beauty was widely shared on the forum. Several popular bloggers, such as tech blogger C Jay, paid her a visit and wrote about her, giving her the exposure she needed to land a spot on popular television talk show College Talk.

Since then, she has been a guest on numerous variety shows and has snagged acting roles in television dramas such as The Masked Lover (2015) and Pisces (2015).

Geeks, however, will still love her most for hosting video-game TV show GameGX (2009).

Related Stories
Bombshells of the 90s and how they look like now
Celebs who have clearly discovered the secret to 'immortality'
Netizens are falling head over heels in love with this 20-year-old Japanese cosplayer
More About:
entertainment
actress
Taiwan
beauty
pretty
sexy
cute