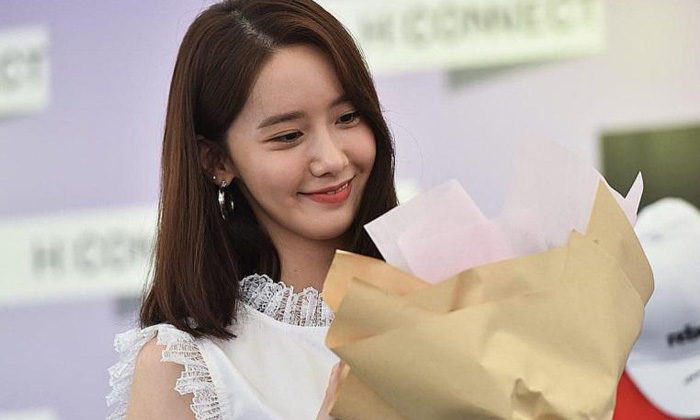 The fans here electrified her with their "welcoming energy", she said through a Korean translator. But, she added, "the No. 1 thing about Singapore is still chilli crab".

"These days, I'll go for pepper crab too," she later added, saying she had had the dish the day before.

A member of girl group Girls' Generation, the 28-year-old was in Singapore to promote a new collection by South Korean fashion brand H:Connect at the brand's store at Bugis Junction last Saturday.

Like many K-pop media events, the afternoon press conference was tightly controlled. Journalists could ask only pre-approved questions.

Most centred on her style and fashion choices. While she dressed for the occasion, she said she was a "T-shirt and denim jeans" girl at heart and preferred a "simple" look paired with "vibrant" colours.

Still, she tries to look her best at all times as there are always many people taking photos of her whenever she was out in public, she said.

At a fan meet at the Bugis mall for a few hundred fans after the media conference, she signed autographs and helped three pre-selected fans choose outfits from H:Connect. She also told her fans that she had been filming a reality show with the other members of Girls' Generation that will be aired soon.

It was her first public appearance here as a solo artist. She last performed here with the group at the Singapore Indoor Stadium in 2013.

Yoona made her debut with Girls' Generation in 2007. Over the years, the group has become one of K-pop's most prominent acts. She made her solo debut in 2016 with a single, Deoksugung Stonewall Walkway, and an EP, Blossom.

Her acting career started about the same time she joined Girls' Generation. She has had roles in K-dramas such as fantasy drama Love Rain (2012) and made her feature film debut in action flick Confidential Assignment, released last year. In 2016, she acted in her first Chinese drama, God Of War, Zhao Yun.