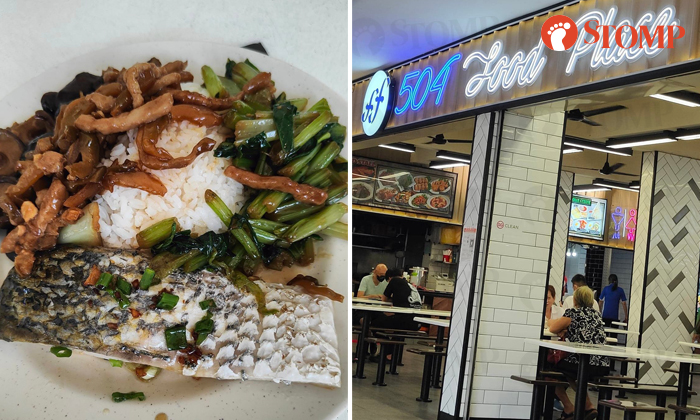 It's common knowledge that diners should expect to pay more when ordering fish dishes at economy rice rice stalls.

But how much more before it's too much? 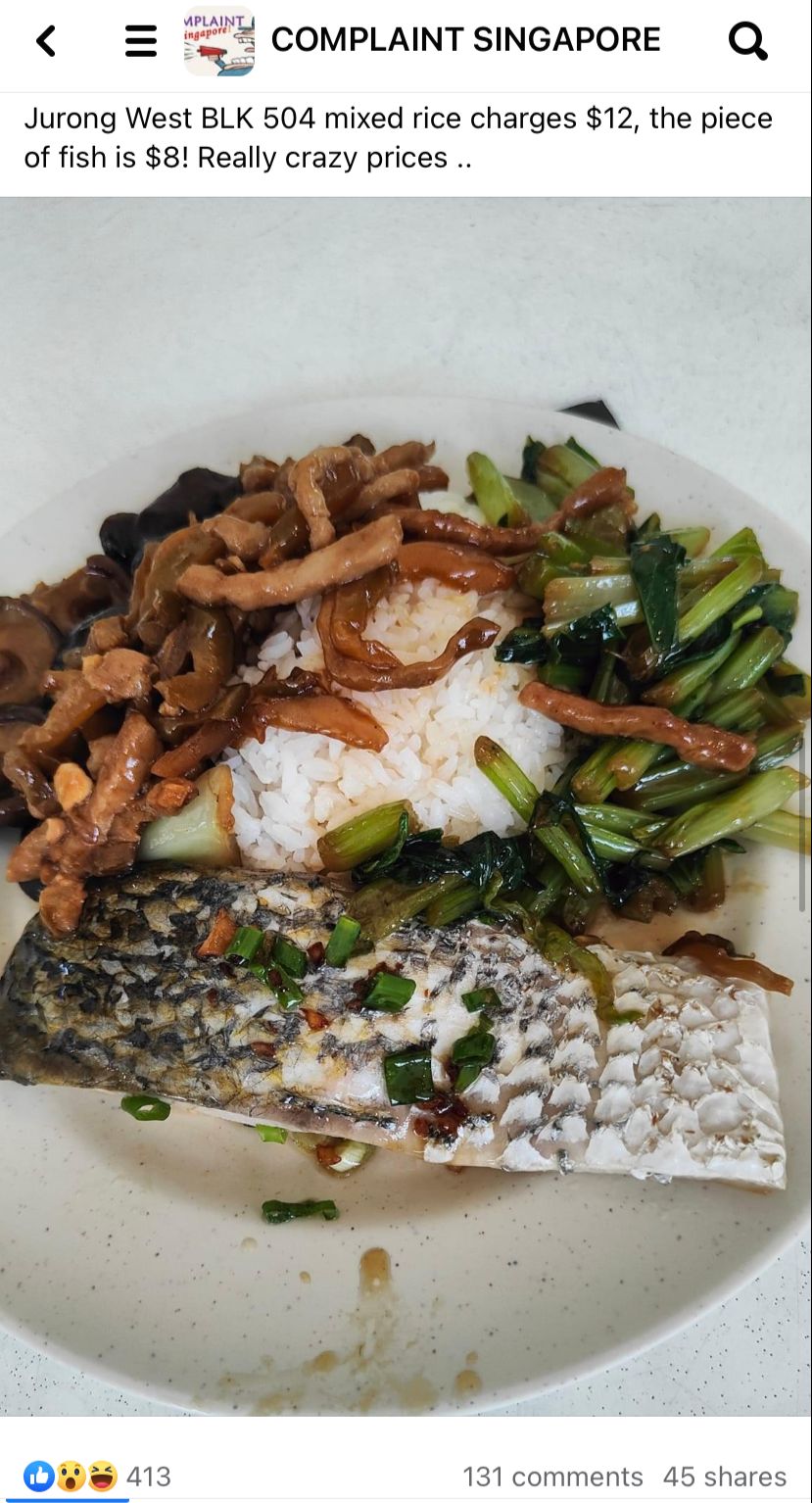 When contacted by Stomp, Charles said his wife was the one who had ordered the meal for their daughter on late Sunday afternoon (Sept 11).

He recounted: "When my wife told me it was $12, I went to confront the stall. They told me it was because they used fresh sea bass (金目鲈). This was even though they had listed fish dishes at $2.50 to $6.

"I did not mention that the fish was not even cooked properly and tasted really bad. Steamed fish skin will be leathery when left too long out and it was already 3pm.

"It's totally unbelievable that they feel it's all right to charge this amount, telling me that it's fresh fish.

"This price for MBS food court, I can accept. But the quality here is very different.

"My wife is a Chinese national and I have a huge suspicion that the stall just wanted to take advantage of her not being familiar with Singapore.

"Seriously, I was shocked by the price. I can afford it, just that there's no point arguing with the stall when they want to take advantage of the situation. Avoiding them will do."

Asked how much he thinks would be an appropriate price for the meal, Charles told Stomp: "$9 should be all right and acceptable. The fish is quite a big portion so $5 should be reasonable.

He also joked: "I think I cannot let my wife go buy things as she will be charged extra."

Charles's Facebook post has sparked over 100 comments, with many netizens agreeing that his meal was indeed too expensive.

One user wrote, "That one is piranha, bro, they go and catch (from) Amazon River, that's why expensive," while another added, "Wah... fish meat from mermaid ah?"

Several also commented that this is why they usually avoid ordering fish from economy rice stalls altogether.

Meanwhile, some said that Charles should have asked for the price before ordering. However, he pointed out that the stall had listed fish dishes for $2.50 to $6 and that this was "out of range".

Charles told Stomp: "I wonder why so many people think and comment negatively. I was just sharing feedback and telling people to look out for such pitfalls.

Related Stories
S'porean woman compares nasi lemak in JB and explains how you might be getting fleeced
Diners voice disappointment over underwhelming chicken rice from various stalls
Man gets 'shock of his life' after paying $5.40 for cai png with 2 dishes at Paya Lebar Square
More About:
food
expensive food
expensive
coffee shop