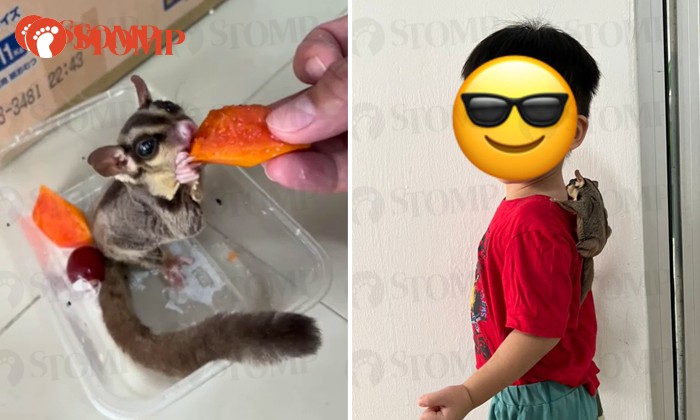 A man cared for a sugar glider that wandered into his home in Jurong West before handing it over to the National Parks Board (NParks).

Stomper Tim said the creature had entered his home at Jurong West Street 65 in search of food on March 14.

He recounted: "I discovered this cutie when it came to look for me for food. It seemed hungry." 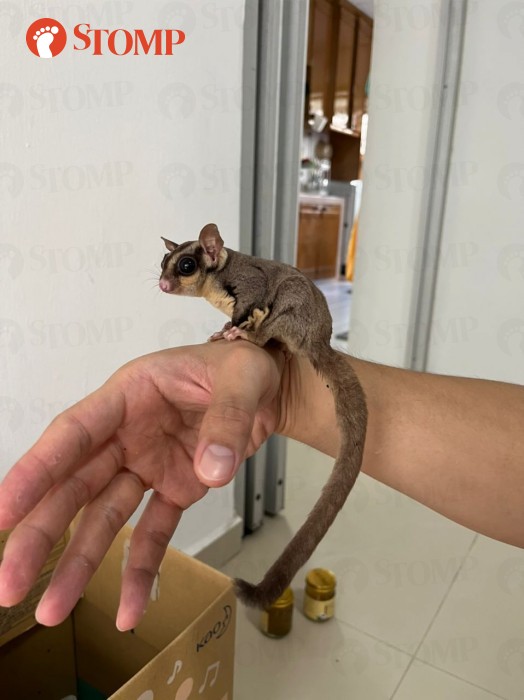 Photos that Tim shared with Stomp show how the sugar glider does not shy away from human contact.

A video also shows Tim feeding papaya to the creature and speaking to it affectionately.

The animal was subsequently picked up by NParks on March 16.

Tim said: "I felt thrilled and lucky over the encounter, but also sad in the end because I had to return the sugar glider to the authorities."

Sugar gliders are banned in Singapore due to concerns about the illegal wildlife trade. They are native to Australia, Indonesia and Papua New Guinea.

According to the National Geographic, they are omnivores with an average lifespan of three to nine years in the wild.