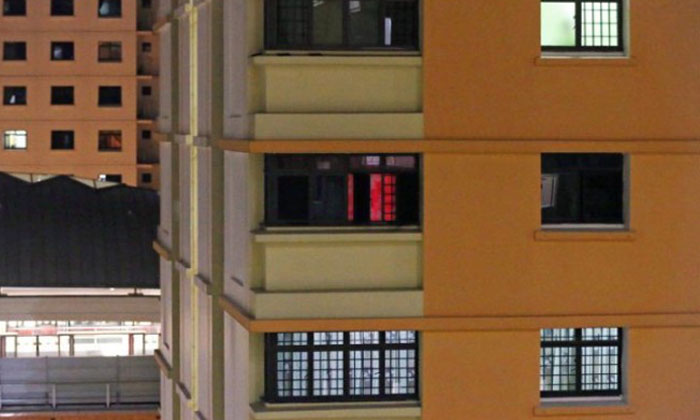 As reported by The Straits Times, a 4-room HDB flat in Jurong West Street 61 was found to be operating as a brothel. The unit houses multiple scantily clad women from China who were here on social visit passes. The 4-room flat is owned by a Singaporean couple.

Brothels are popping up in HDB flats due to low rental costs and the belief that they are less likely to be caught there.

Located 5 minutes away from Pioneer MRT station, streams of men flock to the Jurong West Flat to engage in sexual services. Over a span of two hours, Straits Times reporters spotted at least five men who looked to be between the ages of 20 and 60 entering the unit.

MPs in Pioneer and West Coast have been calling for more enforcement action as residents have been complaining about the emergence of brothels in the area.

Pioneer MP Cedric Foo said he has received such feedback about suspected vice activity in his ward.

"Such undesirable activities should not be tolerated and I hope the police and the Immigration and Checkpoints Authority can do more to stop them," he added.

Delivery driver Jasman Samad, 48, who lives below the unit, said: "With all these strangers about, I'm very concerned about the safety of my family. The authorities should do something."

The Jurong West area is no stranger to such illicit activities. In this year alone, police raided two brothels in Jurong West. Police also raided a Jurong West flat being used as a brothel back in 2014.

A police spokesman said it will spare no effort in clamping down on online vice activities, and advised home owners to ensure that tenants do not carry out vice activities in their units.

Unlicensed brothel operators can be given a maximum fine of $10,000 and/or up to five years' imprisonment. Any person who knowingly lives wholly or in part on the earnings of the prostitution of another person can be jailed for up to five years and fined up to $10,000.