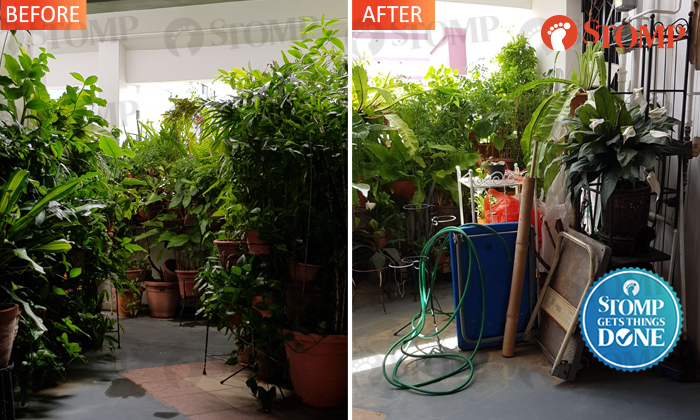 Bulk of the clutter along a common corridor at Block 101 Pasir Ris Street 12 has been removed, said a Stomper whose report about her neighbour's mini jungle made national headlines.

Stomper A first highlighted the issue along her eighth-floor corridor in a report on May 24.

She told Stomp that her neighbour, a woman in her 50s who lives alone, had been cluttering the common walkway with potted plants and bulky furniture for over a decade.

At one point, there were over 80 potted plants outside the neighbour's home and the mini jungle measured eight metres in length.

Pasir Ris-Punggol Town Council told Stomp in a statement on May 27 that it was aware of the issue, adding that the resident has since removed her items at the staircase landing.

On Friday (May 31), Stomper A confirmed with Stomp that the situation has indeed improved and shared recently-taken photos of the corridor. 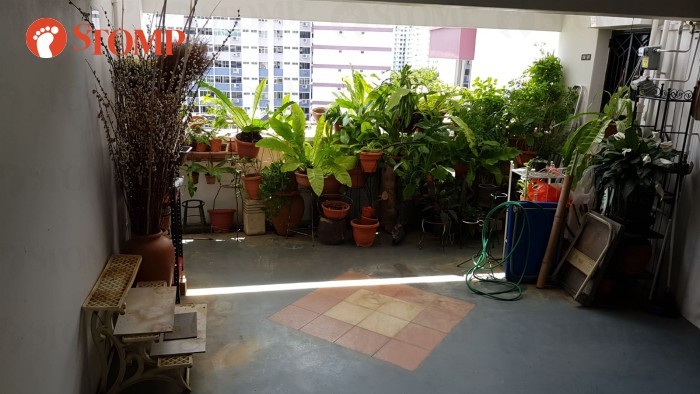 Stomper A said: "The situation has improved, though my neighbour still has unsightly pots and other junk stored outside the flat.

"Nevertheless, we are thankful that the bulk of it has been removed after over a decade.

"Town council representatives and some labourers came by to clear the corridor. The Singapore Civil Defence Force (SCDF) is also aware of the situation and will be making checks next week.

"In the past, when we had block painting and floor resurfacing, they had to leave our floor for the last. And as for the monthly block washing, my unit was always skipped over because of the plants.

"It felt like the voice of the residents and our feedback have always fallen on deaf ears -- until now.

"The news coverage helped to inform the public and made the authorities take action.