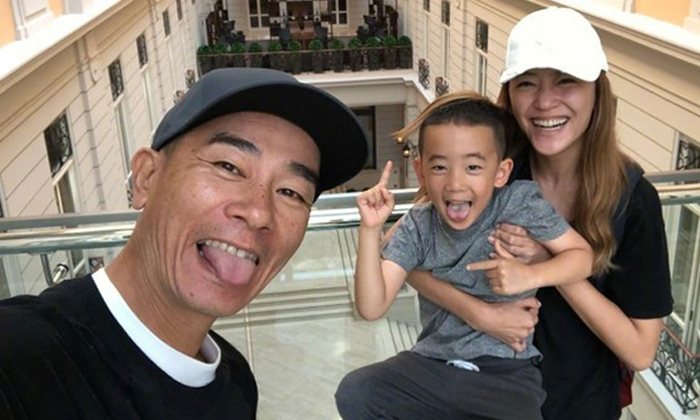 Jordan Chan may be a successful film star and recording artiste now, but once upon a time, the 51-year-old couldn't have imagined his future being this rosy.

The 'Young and Dangerous' actor recently shared on a TV programme that growing up, his family was so poor that they didn't have enough to eat, reported Tencent Entertainment.

In a bid to alleviate their family's desperate situation, Chan raised a suggestion - to give his younger brother away to a rich family.

He reasoned that in this way, his brother would have the opportunity to live a good life while his family would be able to survive.

Although his suggestion was met with horror and Chan received a good beating from his parents, they eventually did just that.

His parents were given HKD3,000 (S$528) in exchange for the boy, but looking back, Chan says he's still wracked with guilt for playing a part in 'selling' his brother.

When he was finally able to, Chan tried to find his brother but the search was unsuccessful. His parents had also stopped him, as they were afraid that his brother will end up hating them if he found out the truth.

Chan, who was born in a rural village in China's Guangdong province, also revealed his strict upbringing. He said his father used to chain him up at home, afraid that he would run out of the house to play instead of taking care of his younger siblings. Chan also had to work the field, cut grass, and tend to cows.

He quit school in his teens when his family moved to Hong Kong to eke out a living. The family lived in cramped quarters within a slum, and Chan followed his father out every day, working odd jobs at construction sites.

Chan's 'resume' is as colourful as they come.

He's been a cook at a dim sum restaurant, served at roadside 'dai paidongs' (hawker stalls), and even apprenticed at a hair salon. He eventually enrolled as a dancer in Hong Kong broadcaster TVB, a decision which cemented his path to stardom.

Chan is married to Hong Kong actress Cherrie Ying, 35, and the pair have a five-year-old son, Jasper. The young lad became a star in his own right after appearing with his father in the hit Chinese reality show, "Where are we going, Dad?" last year.

Perhaps it's due to the hard knocks he's had to suffer in life that Chan says he hopes Jasper will realise how fortunate he is and be grateful for everything that he has.