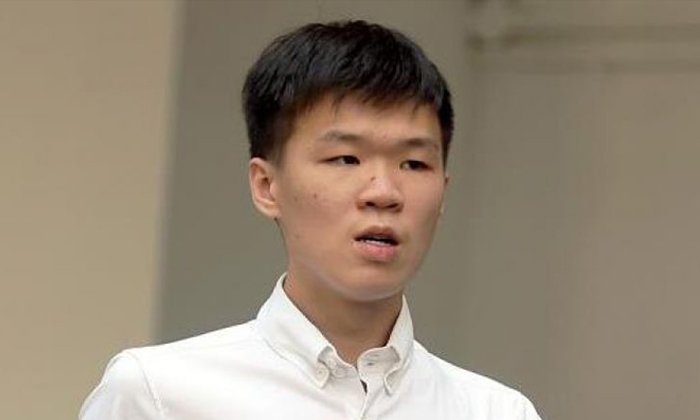 A teenager decided to try out a power-assisted bicycle (PAB) for the first time - and ended up riding into a jogger on a footpath, causing him brain injury.

A district court heard that Joven Heng Gin How had reached a speed of about 40kmh when he piled into Mr Chua Kok Soon, bringing the pair of them to the ground near Marina Bay Sands.

Mr Chua, 37, suffered bleeding on the brain as well as wounds to his left elbow and right knee.

Heng, now 20 and a full-time national serviceman, pleaded guilty in court on Tuesday (March 19) to injuring Mr Chua by riding the vehicle in a rash manner on June 9 last year.

A count of unlawfully riding the bike on a footpath will be considered during sentencing.

The court heard that Heng had met a friend earlier that day who wanted to sell the bike. Heng asked if he could take it for a spin and the friend agreed.

Deputy Public Prosecutor Kenneth Chin told District Judge Eddy Tham that Heng said he was travelling at a speed of about 40kmh when he spotted two joggers in front of him.

"The accused tried to brake but was not able to stop in time. The PAB ridden by the accused skidded from braking and collided into the victim from behind, hitting his legs, and both of them fell to the ground."

Heng, who suffered abrasions to his feet and right knee, came forward to help Mr Chua and left his contact number with one of the jogger's friends.

Heng left the scene before the police and paramedics arrived.

Mr Chua was taken to hospital where he was warded overnight for observation.

He was later advised not to take part in physical activities for three months, the court heard.

On Tuesday, DPP Chin urged Judge Tham to sentence Heng to a short detention order of one week. Under the order, offenders will be put behind bars for a short time but will not have a criminal record after their release.

Heng, who was unrepresented, pleaded for another chance, and said that he had offered assistance to Mr Chua that morning.

Judge Tham has called for a report to assess his suitability for a CSO.

For causing hurt by performing a rash act, he can be jailed for up to a year and fined up to $5,000.