Job seeker and employer hurl vulgarities, insults at each other during epic text convo 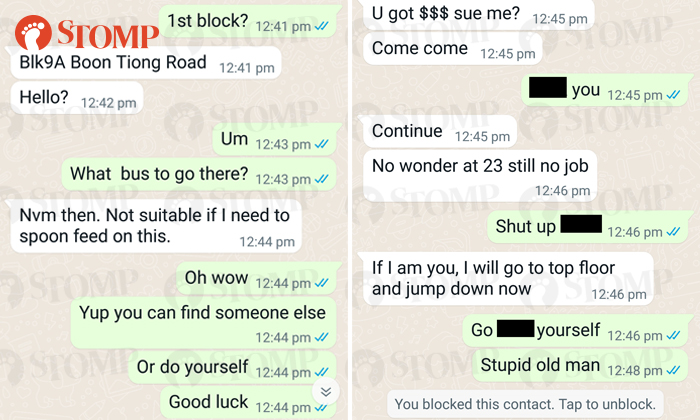 A youth and a man got into a heated disagreement during a text conversation that culminated in them hurling vulgarities at each other.

Stomper Farhana, 23, had been speaking to the man over a flyer distributor job.

She shared screenshots of their conversation and told Stomp on Thursday (May 12): "Hi! My name is Nurul Farhana and I'm 23 years old. I live in Bukit Merah and I wanted a flyer distributor job.

"I contacted this uncle who appeared to be so rude."

In the screenshots, Farhana can be seen asking about the job location and saying that she preferred Tiong Bahru because it's nearer to where she lives. 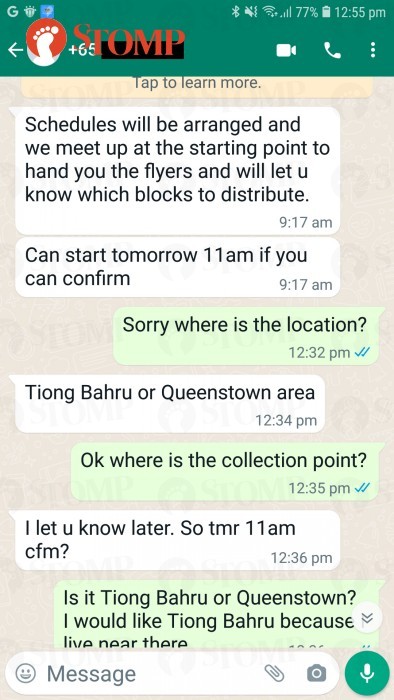 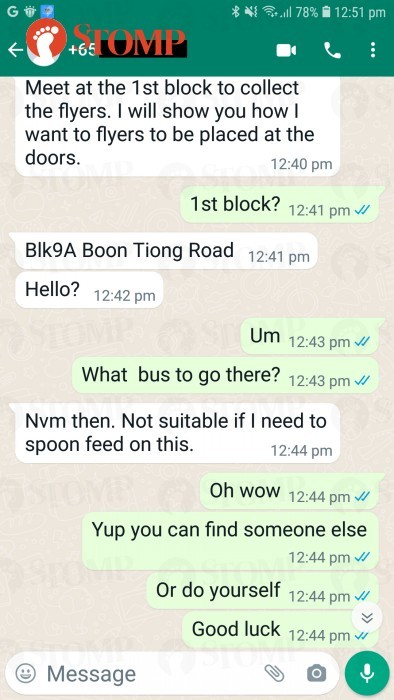 Farhana also asked for directions, prompting the job poster to tell her that she was not a suitable candidate if she had to be spoonfed instructions.

The pair soon started cursing each other. 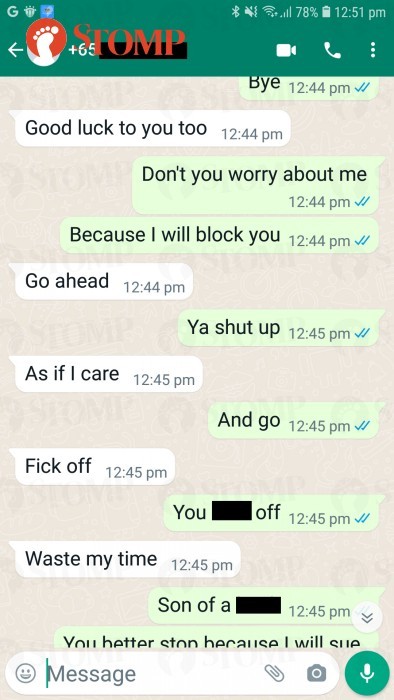 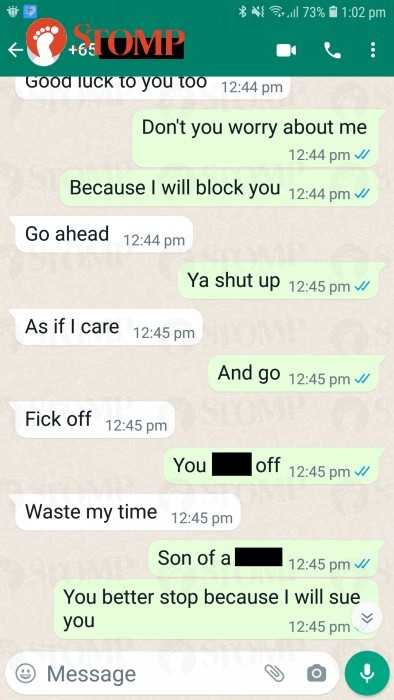 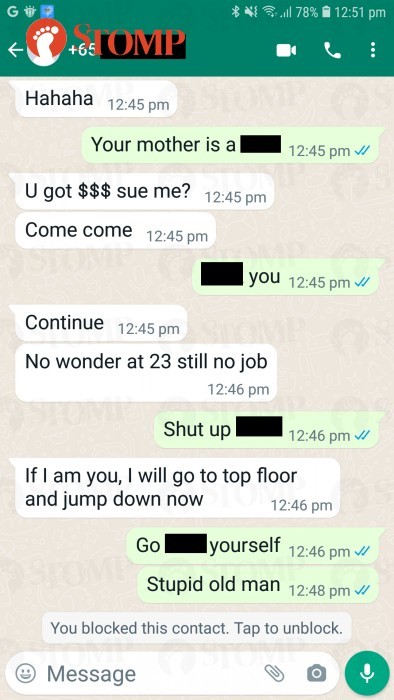 The job poster can be seen taunting Farhana by saying: "No wonder at 23 still no job" and "If I am you, I will go to (the) top floor and jump down now."

In return, Farhana threw out some insults of her own and blocked the man.

She told Stomp: "I didn't want to curse him but he did it first. so I threatened to sue him. I called him and again, he was so rude to me. I hope you can publish this story."

Related Stories
Cafe and potential employee exchange unfriendly texts after dispute over work shifts
Foodpanda rider refuses to deliver food to customer's unit, duo proceed to hurl insults at each other via text
Foodpanda customer and rider argue over cash-on-delivery: 'I not ATM'
More About:
text
funny
fail
rude