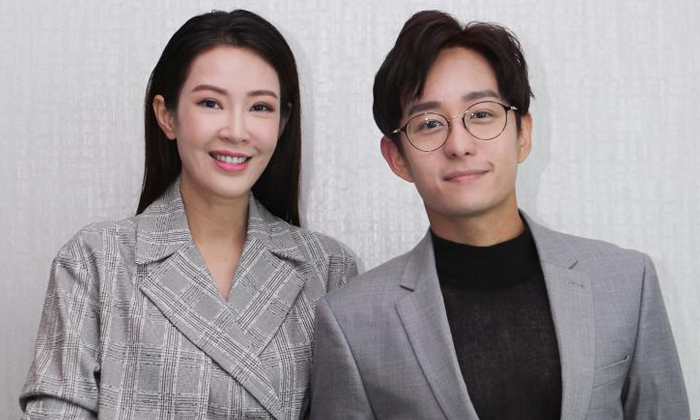 Asked how he got hurt, the 37-year-old told Lianhe Zaobao: "I was shooting a scene where I had to hit my hand against the wall and used too much force.

"My hand was a little swollen and I thought it would be fine after applying some ice on it.

"The next day, I hit the same hand when filming again.

"On the third day, I shot a scene where I hit a locker door. As I felt that it was more realistic to use my fist, I put up with the pain and shot five takes, injuring my hand as a result."

As he did not want to delay the filming process, Chan went on to shoot a fight scene.

"My wife, who was at the scene, helped me to apply medicine. I was in great pain and knew something wasn't right," he added.

The following day, Chan visited a doctor. An X-ray revealed that he had suffered a fracture.

The doctor recommended that Chan see a specialist but due to work commitments, he only put on a plaster cast after another two days.

Referring to Liu, who felt heartache over his injury, Chan quipped: "It was her who helped to remove my makeup, wash my face and change clothes.

"I feel like Yang Guo and she is Little Dragon Girl, hahaha!"