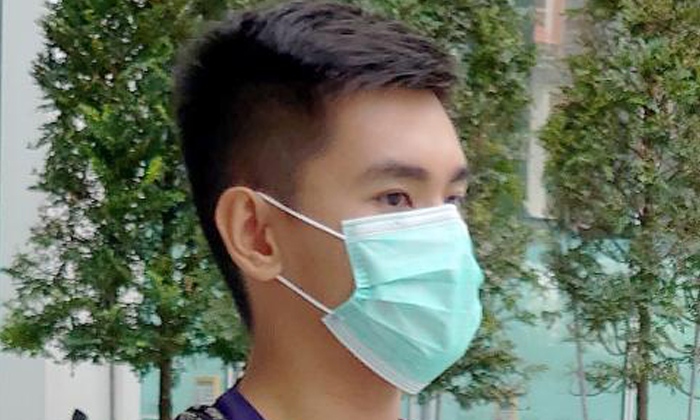 A junior college student, who went to the National University of Singapore (NUS) almost every Sunday to look at female students, entered a toilet there in March last year and peeped at a woman inside a cubicle.

Zachary Lim Yong Hao, 18, was sentenced on Monday (March 30) to 21 months' probation after pleading guilty last month to one count each of criminal trespass and insulting a woman's modesty.

As part of his probation, he has to remain indoors from 10pm to 6am every day.

The Singaporean must also perform 120 hours of community service, and his parents were bonded for $5,000 to ensure his good behaviour.

He is no longer a junior college student and court documents did not reveal details about his former school.

He was waiting to serve his national service last month.

Deputy Public Prosecutor Colin Ng had told District Judge May Mesenas that around January last year, Lim was travelling on a bus when he alighted at NUS as he wanted to use a toilet.

He later spotted a female student and felt an urge to follow her when she went into a toilet.

After this incident, he got into the habit of visiting NUS almost every Sunday to look at female students there.

On March 17 last year, he went to a women's toilet at around 3.40pm and occupied one of the cubicles there.

A 22-year-old woman entered an adjacent cubicle about an hour later.

She looked up and was shocked to see Lim's face peering down at her.

She immediately left the toilet and returned at around 5.40pm with security officers.

However, Lim had left the toilet by then. The woman made a police report five days later.

Lim returned to NUS on May 5 last year and again entered a women's toilet.

Two security officers caught him red-handed while he was inside and the police were notified.

Lim initially denied any wrongdoing, insisting that he had entered the toilet by mistake.

Offenders convicted of insulting a woman's modesty can be jailed for up to a year and fined.