JB spa owner says he was unaware of camera in massage room, it was left by previous owner 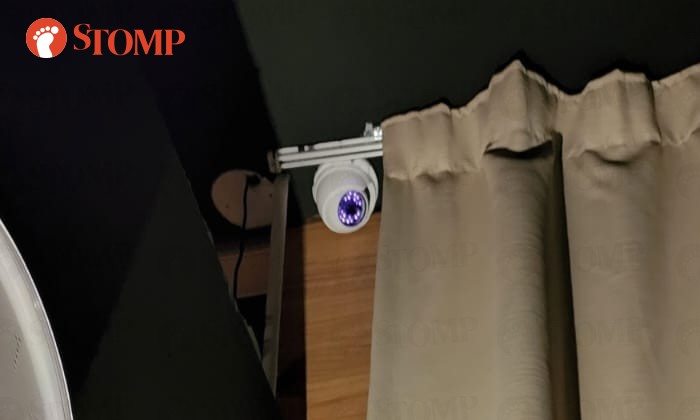 The owner of a Johor Bahru wellness spa where a Singapore woman discovered a CCTV camera in her massage room claimed that he did not know about the camera.

Stomp earlier reported that the Stomper had booked a foot and oil body massage at the wellness spa in the KSL City Mall with her husband and father-in-law on June 16 last year.

After going to a private room and undressing for the body massage, she spotted a CCTV camera in the room and screamed.

The wellness spa owner, Mr Yu, told Shin Min Daily News that he was unaware of the camera's existence at the time.

He said he had taken over the wellness spa in May last year and opened it on June 1. All the cameras were left by the previous owner.

"We were not familiar with the security system," Mr Yu told Shin Min. "We didn't even know that there was a camera in the massage room. It must have been blocked by a curtain before as the monitor was always white. It wasn't until the customer opened the curtain that the bed could be seen by the camera."

The customer told Stomp: "The camera was hung next to the curtain hence making it less visible. Customers entering the room will not be able to see it unless they flip the curtain."

She also said that the staff told her they did not know about the camera and that it was not working.

"How did they know the CCTV was not working if they were not aware there was a CCTV in the first place?" the Stomper asked.

"My husband immediately rushed to the payment counter to see if there was any ongoing recording. There was indeed CCTV footage in the room. CCTV footage showed all movement in the massage rooms."

Mr Yu told Shin Min that he allowed them to view the monitor at the payment counter and take pictures because he really did not know about the camera. 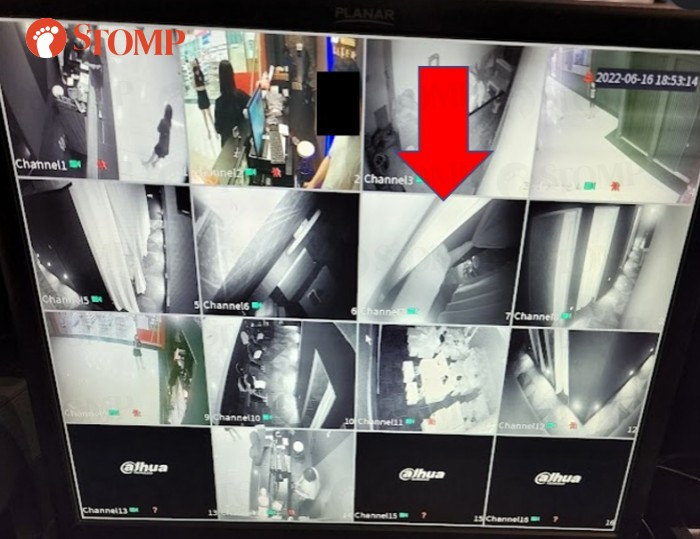 The arrow indicates the room the Stomper was in.

He said he had tried to explain and apologise to the customer, but she refused to accept his explanation and apology.

The customer said: "We ignored their pleas and called the police."

She told Stomp that when she went to the Larkin police station to make a report, the manager of the wellness spa was already there.

"I was told by the Investigation Officer that the manager came to hand over the hard disk and the management team had already deleted the footage."

Mr Yu said: "The hard drive has been handed over to the police. We haven't seen the video on it. Everything is still in the hands of the police."

He told Shin Min that there are 10 rooms in the wellness spa, but only one has a hidden camera. After the incident, the company replaced all the camera left by the previous owner.

Related Stories
S'pore woman spots CCTV camera after undressing in JB massage room, staff lie that it's not working
Singapore Poly voyeur caught after victim saw edge of his phone under her toilet cubicle door
Jail for S'porean who filmed voyeuristic videos of women when he was a student at a top UK university
More About:
massage
Johor Bahru
JB
Malasia
cctv