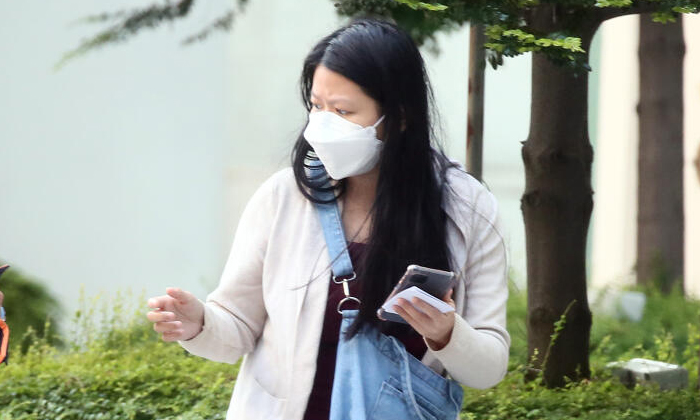 She suspected the caller who asked her to pose as a police officer was a scammer, but the 31-year-old Singaporean still took his instructions and cheated an elderly woman.

Ho Yin Fen also opened a bank account at his behest, where $3,000 was deposited and some of the funds were used in the ruse.

But the police intervened in time, and prevented the 78-year-old retiree from losing any money.

Ho, who pleaded guilty to one count of cheating, was on Wednesday (April 6) sentenced to three months and two weeks' jail.

The court heard that it all started when a man claiming to be from the Chinese police contacted Ho in January last year and told her that she was purportedly under investigation for money-laundering in Singapore.

The man, who identified himself as "Li",told her to report to him every day and she complied.

Another man, Lu, who claimed to be a Singaporean police officer, then contacted her last August and told her that he was "taking over her case". Ho then took instructions from him instead.

Lu told Ho to assist him with delivering documents to other persons who he claimed were involved in her money-laundering case.

"While the accused initially believed Lu's claim that he was a police officer, she now began to suspect that his previous claims regarding his identity were false," added the prosecutor.

But Ho still agreed to follow Lu's instructions and did not make any attempt to verify his identity.

On Sept 11 last year, Lu told her to open a bank account and $3,000 was later transferred into it.

He then told her that the amount was meant to cover her expenses including her transportation fees.

Lu also instructed Ho to print out images of documents that were purportedly issued by the Singapore courts, as well as a purported Singapore Police Force warrant card which he had sent to her over WhatsApp.

Lu told Ho, who was jobless, to bring the bogus warrant card along with her when delivering the documents.

The DPP said: "Despite knowing that the warrant card was fake, she complied with Lu's instructions...She would then hand over documents as instructed to various victims, and (ensured) that they signed the same."

Court documents do not disclose the contents of the documents.

On Sept 25 last year, the retiree received a phone call from a man pretending to be a local police officer, who claimed she was under investigation for money-laundering.

During the conversation, the elderly woman said she did not own a mobile phone.

Lu then told Ho to withdraw money from her bank account and purchase a mobile phone for the retiree.

Even though Ho knew Lu was running a scam, she pretended to be a police officer and visited the retiree at her home to give her the phone.

Ho was at the woman's home again on Sept 28 last year, where she continued to pose as a police officer.

She also accompanied the victim to a bank and induced her into signing a form which would lead to changes in the retiree's contact details.

The DPP said: "The processing of the application form would have allowed Lu to apply for i-Banking facilities in relation to (the retiree's account), granting him access to the same."

He said she had about $36,000 in her account when she signed the application form, and there was a real risk of her losing her money.

But the police stepped in before the retiree suffered any losses and arrested Ho.

For cheating, an offender can be jailed for up to five years and fined.

Related Stories
Woman cheated elderly man of over $113k with son who pretended to be judiciary members
Man, 71, gets jail for cheating CPF Board into giving him income support for over 10 years
Jail for cop who used brother's info to apply for credit cards and bank loan to pay wife's hospital bills
More About:
scam
court
money