Jail for woman who had bust enhancement treatments after cheating 75 victims of nearly $600,000 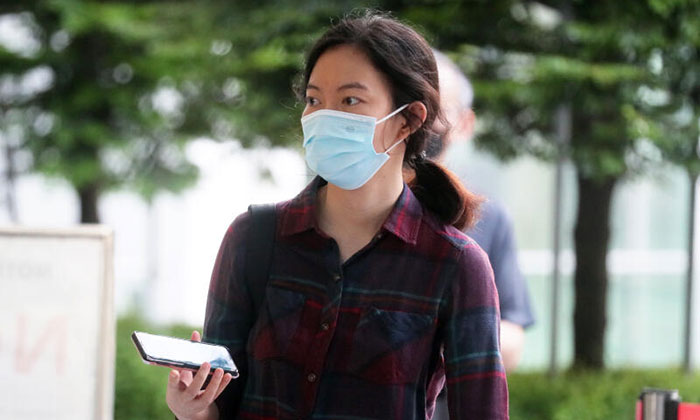 A financial analyst cheated 75 people of nearly $600,000 in total and used her ill-gotten gains to fund her bust enhancement treatments.

Alexandra Low Xing Ying had targeted her own friends and acquaintances by giving fake reasons to "borrow" money from them.

The court heard that these reasons included paying a property down payment or helping her uncle pay accident compensation fees to his employees.

On Thursday (March 31), Low, 27, was sentenced to four years and four months' jail after pleading guilty to 20 cheating charges involving $453,600.

Another 57 charges, mainly those of cheating linked to the remaining amount, were considered during sentencing.

Deputy Public Prosecutor Melissa Lee said the Singaporean offender had "abused the trust and friendship she shared with each of the victims".

"She crafted the narrative about her pressing financial needs to exploit the sympathy of each victim in extending her loans out of goodwill as a friend," the DPP added.

In mid-2018, Low went for a free trial for bust enhancement in Tokyo Bust Express at Regency House in Penang Road, near Orchard Road.

To fund her treatments, Low hatched a plan to cheat her victims between August and November 2019.

DPP Lee said: "She cast her net very widely so that she did not have to obtain large sums of moneys from each victim."

A male friend was cheated of the largest amount after she borrowed money from him from Sept 3, 2019, claiming to be in "financial need" because of an unpaid loan her family had purportedly extended to a third party.

Low cheated her other victims using a similar method and they later tried to get their money back, the court heard.

She offered various excuses to delay paying them, and even made a false police report on Nov 1, 2019, that she was a "victim of an investment scam" and had been cheated of $348,000.

DPP Lee said: "The accused did this so that she could use the false police report to lie to the victims that she was a victim of a scam herself, in order to cover up the debts that she owed them."

Some victims formed a group on messaging platform WhatsApp around Nov 12, 2019, to discuss what she had done.

One of them later contacted Low and they went to Bishan Neighbourhood Police Centre, where she admitted to cheating more than 70 people.

Separately, the Competition and Consumer Commission of Singapore (CCCS) said last year that an investigation into Tokyo Bust Express revealed the firm had made "false and unsubstantiated representations" that misled consumers.

The competition watchdog also said that Tokyo Bust Express had agreed to stop making false claims about its treatments and products.