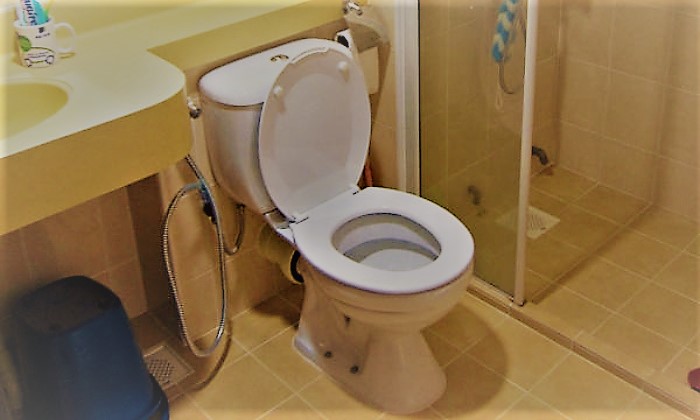 A man who installed a pinhole camera in a bathroom to record female tenants he shared a flat with has been sentenced to 12 weeks' jail.

On Wednesday (May 25), Shazrul Hafeez Sabri Chong, 28, was convicted in a district court of one count of insulting the modesty of a woman and another of voyeurism.

Four other similar charges were taken into consideration for his sentencing.

The victims and the location of the flat cannot be named owing to a gag order to protect their identities.

The court heard that the Malaysian sub-let rooms in the flat to the women.

He planted the pinhole camera in the bathroom in 2019.

On Sept 12, 2020, when one of the women was using the toilet, she noticed the camera on the floor. She later viewed the contents of the storage card in the camera and saw footage of Shazrul Hafeez adjusting the camera.

She filed a police report.

During investigations, Shazrul Hafeez admitted that he bought the camera on Lazada and placed it on the window of the bathroom.

He said the camera would record footage for three hours before the battery went flat.

Recordings of a different woman in various states of undress in 2019 were later found on his electronic devices.

She was also a tenant, and he said he kept the recordings for his personal pleasure.

"This offending would have continued if not for (the first victim) discovering the pinhole camera," she added.

Shazrul Hafeez's lawyer Kalaithasan Karuppaya told the court his client has since attended counselling to prevent himself from committing a similar crime.

For voyeurism, offenders can be jailed for up to two years, fined, caned or sentenced to any combination of these punishments.

For insulting the modesty of a woman, an offender could be jailed for up to a year, fined or punished with both.