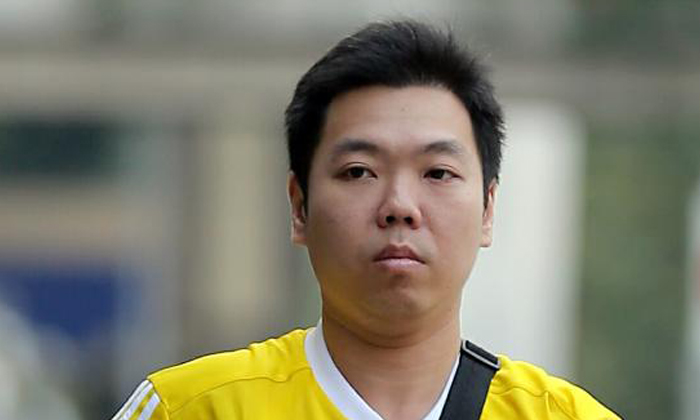 Despite being jailed previously for molesting a man on the MRT, a 41-year-old went on to commit a similar offence years after he was released from prison.

For his offences, Chew was sentenced on Friday (July 9) to 17 weeks in jail.

He pleaded guilty to one charge each of outraging and insulting a person's modesty.

A third charge, for dishonest misappropriation of property, was taken into consideration during sentencing.

The court heard that Chew was working as a GrabFood delivery rider when he committed the offences.

The victim, who was 18 at the time, had boarded the train at Lorong Chuan MRT station.

He saw Chew, who was also on the train, wink once at him, but ignored the man.

Chew later got up from his seat and stood beside the victim. He stretched out his hand and touched the teenager's left buttock cheek over his clothes in a caressing motion.

Shocked, the victim turned around and saw Chew retracting his arm. The teenager quickly alighted from the train and made a police report the next day.

Chew targeted the 12-year-old boy on the night of March 10 this year. The victim is now 13.

The boy was on his way home after a football session at Our Tampines Hub when Chew approached him and asked if he could perform a sex act on the victim.

The child quickly walked away but subsequently ran home after noticing Chew was still staring at him.

He later mentioned the incident to his mother, who made a police report.

The court heard that there was no physical contact between Chew and the boy.

Deputy Public Prosecutor Joseph Gwee urged the court to jail Chew for between 15 and 20 weeks for his molestation offence, noting that he had been convicted of similar offences in 2002 and 2016.

But the prosecutor highlighted that the degree of sexual exploitation for the present offence was low, Chew's touch was not prolonged and there was no skin-to-skin contact.

He also asked the court to fine Chew for insulting the modesty of the boy.

But Chew's lawyer, Mr S. S. Dhillon, said his client had no money and asked for a jail term instead.

Magistrate Hairul Hakkim Kuthibutheen backdated Chew's sentence to March 19 this year, when he was first remanded.

For outraging the modesty of an individual, Chew could have been sentenced to jail for up to two years, or fined, or caned, or any combination of the punishments.

He could also have been jailed for up to a year, or fined, or both, for insulting the modesty of a person.