Jail for man who got money, sexual favours from masseuse by claiming to be ICA officer 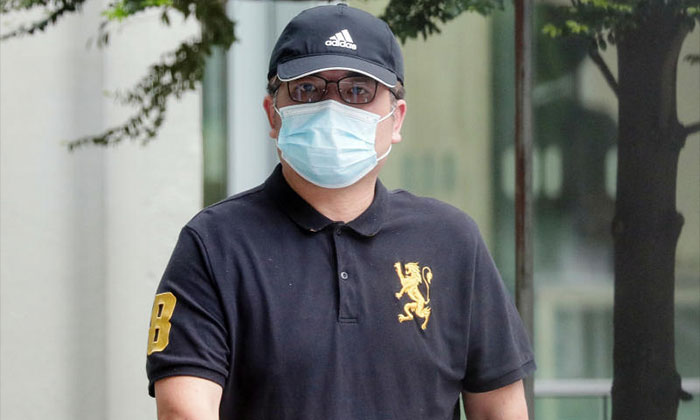 Kelvin Lim Chee Wee lied when he told a masseuse that he was an Immigration and Checkpoints Authority (ICA) officer and knew others who work there.

The masseuse, a Chinese national, was facing immigration-related matters. Lim said he could help her and in return, he got sexual favours and money from her.

Lim, 44, was sentenced to 23 weeks' jail on Thursday (March 24) and fined $6,500 after he pleaded guilty to six charges, comprising five under the Prevention of Corruption Act and one under the Massage Establishments Act.

Masseuse Cheng Wenjuan, 32, who had also allegedly given an actual ICA officer a sexual bribe, had her charges abated following her death last August. Chinese evening paper Lianhe Wanbao had previously reported that Cheng was found lying motionless at the foot of a block of flats.

Deputy Public Prosecutor David Menon told the court on Thursday that some time in or around March 2019, Lim, a Singaporean, became acquainted with Cheng and became her regular customer.

They mainly communicated via the WeChat mobile messaging app.

On May 11, 2019, Cheng told the accused that she had legal problems and had been arrested for vice-related offences. She expected that she would be repatriated imminently.

So Lim lied about his ICA connection and told Cheng he could help her get a special pass, which allows a foreigner to stay in Singapore for specific purposes, such as helping in investigations.

The pair then had sex for the first time. While Lim previously paid for massages and sexual services from Cheng, he did not offer to pay her on this occasion.

Lim then told Cheng that it would cost her $5,000 to pay an ICA officer to issue her a special pass.

She agreed to pay up before getting the pass only after Lim told her the ICA officer wanted the money upfront. Lim then drove to Cheng's home to collect $3,000 from her on May 20.

He visited her again on May 28, and the pair had sex. Cheng did not ask for payment because she believed Lim was helping her.

Cheng then told Lim she wanted to be arrested in mid-July that year, and Lim said he could arrange this but it would now cost $15,000 to get a special pass. He added that he needed more money to arrange for suitable accommodation for her arrest.

DPP Menon told the court: "The increasing cost angered Cheng, and she told the accused to pay for her sexual services for which he had previously not paid. (Lim) threatened to stop assisting Cheng with her special pass, at which point Cheng relented."

Lim later said Cheng could pay $8,000 and she agreed. After collecting some of the money from Cheng on June 10, he spent it on his personal expenses and to repay debts.

On July 14 that year, Cheng gave Lim more money to help her friend who was arrested for vice-related offences. Lim also spent that money on himself.

Court documents did not reveal how he was caught.