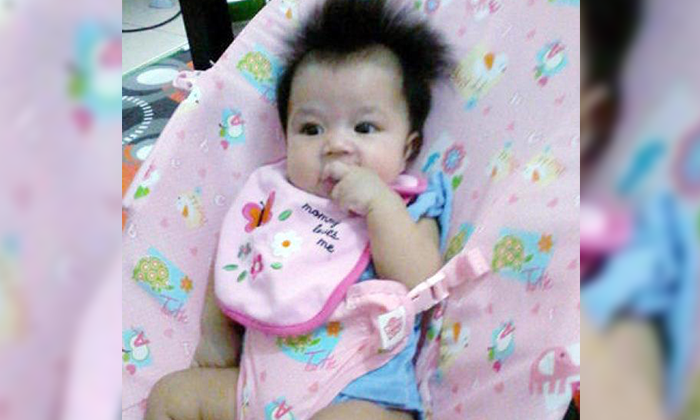 A man who was using his phone while feeding his daughter failed to notice her choking on the milk.

The father, Mohamed Shiddiq Sazali, 28, was sentenced to 6 months' jail on Monday (Nov 20) for causing his daughter’s death.

Five weeks before the incident, the baby, Reyhana Qailah Mohamad Shiddiq had just been discharged from a hospital where she was treated for a broken skull --- after her father accidentally dropped her.

Shiddiq was also given a concurrent sentence of three months’ jail for causing grievous hurt to his daughter through a negligent act, endangering her personal safety.

During the trial, Deputy Public Prosecutor (DPP) Stephanie Koh said that Shiddiq had displayed a high degree of negligence which caused the death of his 3½-month-old daughter.

DPP Koh said that Shiddiq clearly prioritised his mobile phone game over the welfare of his daughter.

Court documents revealed that he had been playing the game before the mother of the child, Ms Nurraishah Mahzan, 32, entrusted the baby to him before leaving the house.

Shiddiq placed the child on his lap and used one hand to play his game, while the other to hold the bottle to the baby’s mouth.

“While this in itself falls short of the appropriate level of care, it is further aggravated by the fact that the accused was not even looking at the deceased as he fed her.

“He was looking at his phone, on the left side of the bed, while he held the deceased on his right side.”

She added that Shiddiq showed a blatant disregard for the child’s safety, ignoring her signs of distress.

The baby was fighting and rejecting the milk bottle, but Shiddiq continued to hold the bottle to her mouth.

She continued thrashing around for two minutes before she apparently choked on the milk.

A forensic pathologist said that the milk bottle in the baby’s mouth could have resulted in the blockage of her upper airway, and introduced an element of ‘mechanical asphyxia’’, which led to her death.

He also stated that the incident was 'entirely avoidable', reports The Straits Times.

“The accused showed a general irresponsible and lax attitude towards his caregiving duties.”

For causing death by negligence, Shiddiq could have faced up to two years in jail and/or fined up to $5,000.

Shiddiq had also been sentenced to reformative training for insulting of modesty and rioting, back in 2008.

Related Stories
Baby's death after dad fed her while engrossed in mobile phone game ruled "a truly tragic misadventure"
Dad who was too engrossed in mobile game while feeding baby who choked: 'Nobody knows how I feel'
3-month-old baby dies while being fed by father who was playing with his phone
More About:
baby
death
handphone
tragic