Jail for ex-police NSF who posed as female sex worker online to cheat 3 men of over $1,000 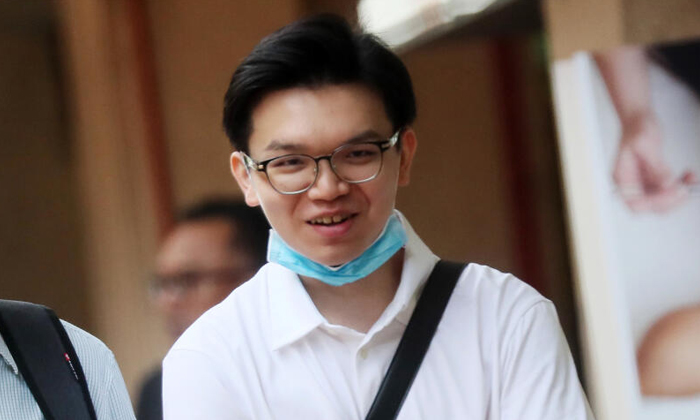 A full-time police national serviceman posed as a female sex worker online to dupe three men of more than $1,000 in total when they tried to engage her services.

Lim Sin Yi was jailed for three weeks on Thursday. The 23-year-old had pleaded guilty in October to four counts of cheating involving three men, who cannot be named because of a gag order to protect their identities.

In June 2021, Lim pretended to be a woman and posted an advertisement on his Twitter account listing several lewd videos. He wrote in the advertisement that in exchange for $500, he would sell all the videos and arrange for a meeting to provide sexual services.

Lim cheated his first victim of $500 on or around June 4, 2021, before blocking the man on Twitter and messaging platform Telegram.

He targeted his second victim that same month. After transferring $500, the second victim repeatedly messaged him on Twitter to ask for the meeting that had been promised.

Lim then gave various excuses and said that “she” was unavailable. Still posing as a sex worker, he said he had a sexually transmitted disease and needed time to recover while being treated with antibiotics.

About a month later, the second victim again messaged Lim on Twitter to ask for the meeting details and transferred $30 for a sexually explicit video.

He finally realised that he had been cheated when his messages with Lim on Twitter were deleted.

In July 2021, the third victim saw the advertisement and transferred $300 to Lim as a deposit to meet for sex, with the remaining $200 to be paid later.

To further his deception, Lim provided the victim with a random address in Ang Mo Kio that he had found online.

DPP Ngia said: “This was a misrepresentation that they would meet at the provided location for the sexual services to be provided.

“(The victim) went to the provided location and waited there for about 50 minutes. As the accused remained uncontactable, (the victim) realised he had been cheated.”

The third victim later made a police report.

Lim has since given his consent to the authorities for the monies frozen in his bank account to be released for restitution.

In response to queries from The Straits Times on Thursday, a police spokesman said that Lim has since completed his full-time national service and is now an operationally ready national serviceman.

The spokesman added that after the offences against Lim were surfaced, the police initiated investigations and removed him from operational duties.

Police will start internal action against him following his sentencing on Thursday.

The spokesman added: “Officers of the Singapore Police Force, including national service officers, are expected to uphold the law and maintain high standards of discipline and integrity. We deal severely with officers who break the law, including charging them in court.”

Related Stories
He pretended to be a woman online, posted naked videos to get men to pay for sexual services
Jail, caning for fake lingerie consultant who got women to send him 174 pieces of 'sexual material'
Fake gynae sent instructions to women to massage their breasts, genital area and send him videos
More About:
sex
fake
scam
court