Jail for ex-NUS student who stalked woman on campus, hacked into her Telegram account 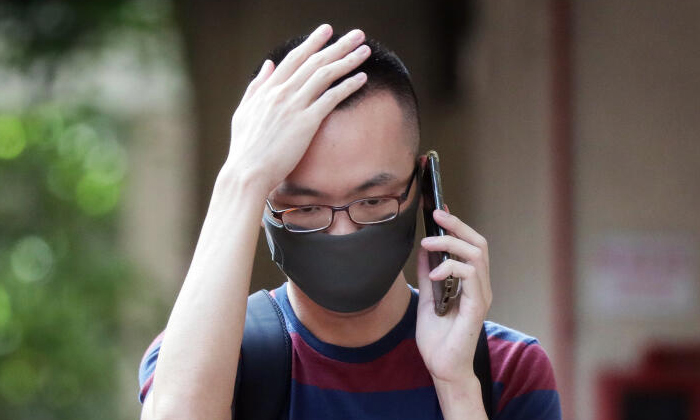 A former National University Singapore (NUS) student was jailed 12 weeks on Thursday (Nov 11) for stalking a woman and illicitly gaining access to her Telegram account.

Ong Jing Xiang, 26, had last month pleaded guilty to one count of unlawful stalking and another charge under the Computer Misuse Act.

One charge of criminal trespass for entering the woman's room on campus to get a verification code on her phone so that he could access her Telegram conversations was taken into consideration for his sentencing.

On Thursday, District Judge Jasbendar Kaur said that the length of time in which Ong harassed the victim, and how it escalated to him committing other offences "to gain greater access in (his) ability to stalk her" were particularly aggravating.

The court had earlier heard that Ong met the woman in 2017 and later developed feelings for her, but she turned him down.

The woman cannot be named due to a gag order on her identity.

He began harassing her in August 2019 by monitoring her status on a messaging application and sending her multiple messages telling her not to respond to her boyfriend's messages.

In December that year, he left her more than 60 missed calls and 100 messages.

The next month, Ong began knocking on her room door on campus to talk to her and threatened to do so when she did not reply to his messages.

Some time on or before Jan 30 last year, he added his phone number to the woman's Telegram account after entering her room to get the verification code from her phone while she was in the toilet.

Ong then made references to the contents of her chat groups and claimed that he read the messages. He sent a screenshot of one of her private conversations to her friend.

The woman lodged a police report on July 25 last year.

Ong stopped contacting the woman only when a No-Contact Order was issued to him by NUS on Aug 1 last year.

Ong was represented by Yuen Law's John Tan, who urged the court for a six week jail term, relying on past cases of unlawful stalking in which the harm to the victim and culpability of the perpetrator was assessed to be higher than in Ong's case.

Deputy Public Prosecutor Tay Zhi Jie argued that just because the culpability in previous cases is higher, it does not necessarily mean that Ong's culpability is low.

He noted that the stalking took place over a year, beginning with messages before he "raised his level" to physically stalk her and intrude into her life.

"He monitored her experiences in both the online sphere as well as the physical realm," said the DPP, who urged the court for a total of 14 weeks' imprisonment.

Related Stories
Ex-NUS student threatened woman he was stalking, told her: 'This will go on forever'
NUS student allegedly stalked woman and trespassed into her property on campus
Serial stalker sends over 5k messages threatening to kill woman after seeing her on CNN talk show
More About:
NUS
stalking
threaten
court