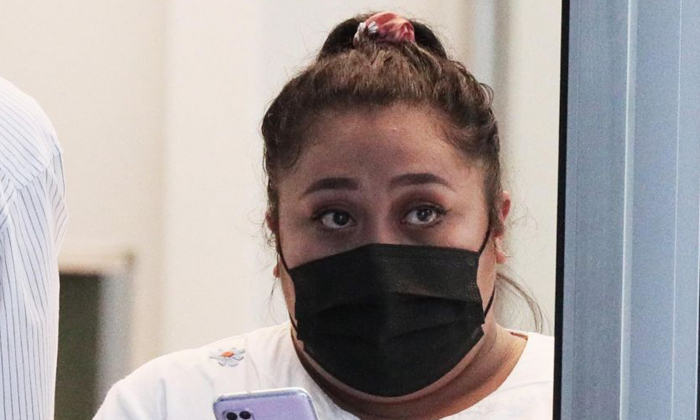 A woman who withdrew cash that her former employer Tan Tock Seng Hospital (TTSH) had mistakenly credited to her bank account as salary was sentenced on Wednesday (Jan 27) to four months' jail.

The court heard that TTSH had continued paying Nurul Atiqah Kamsari, 25, her monthly salary for more than a year - totalling over $32,000 - even though she was no longer working for it. This was because its systems were not updated.

The Singaporean former healthcare assistant knew that she was not entitled to the monies, but did not inform TTSH about its error. Instead, she made use of the cash for her personal expenses.

Last December, she pleaded guilty to one count of dishonest concealment of property involving more than $22,000. She also admitted to a cheating charge.

Another count of dishonest concealment of property linked to the remaining amount and a second cheating charge were considered during sentencing.

Deputy Public Prosecutor Emily Koh had earlier said that TTSH appointed Nurul as a healthcare assistant on March 20, 2017, and she earned $1,630 a month.

Nurul, however, failed to report for work on Aug 16 and 17, 2018. She did not notify her colleagues and supervisors about the reasons for her absence. There was also no prior leave approved by her supervisor.

DPP Koh had told the court: "According to the terms and conditions of the accused's employment with TTSH, the accused was deemed to have voluntarily terminated service... by failing to report (for work) for more than two consecutive days without notifying her immediate supervisor."

Even though Nurul's last day of employment was Aug 17, 2018, her details erroneously remained in the hospital's human resource system.

Because of this, her bank account number also erroneously remained in the payroll system. As a result, Nurul continued receiving monthly payments from TTSH from August 2018 to December 2019 even though she was no longer working there.

Separately, Nurul went to Khoo Teck Puat Hospital (KTPH) for a consultation on Oct 10, 2019. She lied to an employee there, claiming that she was working for TTSH and was entitled to staff medical benefits.

The staff manually tagged her bill to TTSH's medical benefit scheme and Nurul left KTPH without paying her bill.

DPP Koh had earlier said: "By such manner of deception, the accused intentionally deceived (the employee) to credit her medical bill of $29.60 to TTSH's medical benefits."

For dishonest concealment of property, an offender can be jailed for three years and fined.

Related Stories
Teacher misappropriated more than $40k of students' money for own use
Ex-DBS employee cheated clients of over $400,000 to pay off gambling debts
Woman jailed after taking $17,000 mistakenly transferred to her by love scam victim
More About:
scam
money
hospital