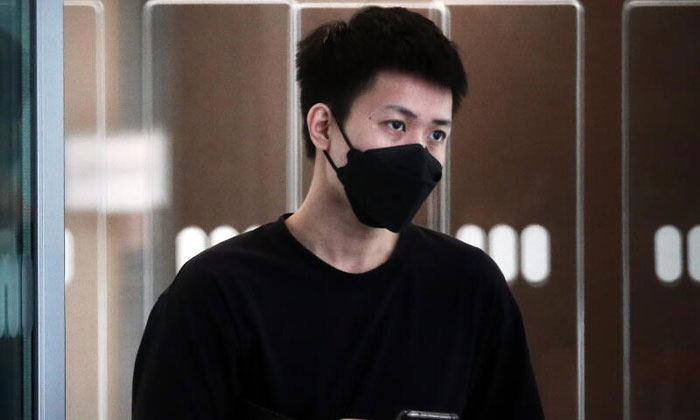 While working as a contract bank loan officer at OCBC Bank, he helped two customers receive loans after submitting forged documents for them.

But the bank rejected a third customer's credit card and loan applications for $18,000.

The trio's names have been redacted from court documents, and instead, identified as A1, A2 and A3.

Lau, 26, who has made no restitution, was on Tuesday (April 26) sentenced to eight months' jail after he pleaded guilty to three counts of using a forged document as genuine.

Deputy Public Prosecutor Samyata Ravindran told the court that at the time of the offences, Lau was working as a loan ambassador at the bank's branches at Hougang Mall and Ang Mo Kio Hub.

His job involved helping loan applicants with the process of filling in the relevant documents.

He was also expected to log on to applicants' Central Provident Fund (CPF) accounts to check their employment contribution statements and review original payslips, before submitting copies of such documents with the applications.

The court heard that a woman identified as A1 got to know one "Jayden Sim" through a group on messaging platform Telegram.

Sim offered her assistance in obtaining a loan or credit card from a bank "within a short time". He directed her to look for Lau at the bank's Hougang Mall branch to have the application processed, said the DPP.

The prosecutor did not state how Lau and Sim got to know each other.

Lau was working at the Hougang Mall branch on Feb 11, 2020, when he attended to A1 who signed a credit card and a "cash-on-instalments on credit card" application form.

A1 also provided her identity card for Lau to make a copy, but she did not hand her payslip or CPF statements to him.

The DPP said: "The accused (Lau) received from an unknown individual a forged payslip for January 2020 pertaining to A1 purportedly issued by Antaes Asia.

"The accused fraudulently certified that he had seen the original of the above mentioned document and submitted it to OCBC along with the (application) form, even though he had not received the said original from A1 and had reason to believe that the said document was forged."

OCBC later approved A1's application for a $15,000 loan but she did not make any repayments. She also charged items to the credit card issued to her. As a result, OCBC suffered losses of $17,000.

Using a similar method, Lau later helped A2 obtain a loan. The bank suffered a loss of more than $19,000 after A2 failed to make any repayments.

Court documents do not disclose the outcome of Sim's cases.

In a statement on Tuesday, police said: "In April 2020, (officers) received information that forged payslips and CPF employment contribution statements were submitted to OCBC as proof of income to support (multiple) applications for credit cards and loans.

"Investigations showed the applicants had initially responded to loan advertisements that they came across on online platforms, which offered assistance in obtaining a loan or credit card from a bank within a short time and for a service fee."

Lau's bail was set at $30,000 on Tuesday, and he was ordered to surrender himself at the State Courts on May 5 to begin serving his sentence.