Jail, caning for youths who sexually assaulted and raped teen after watching friend violate her 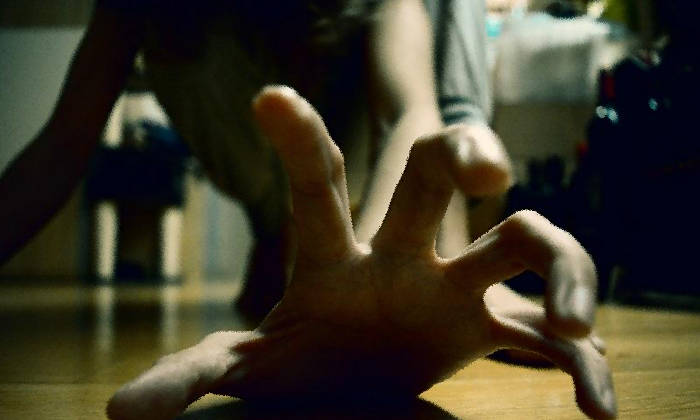 Two youths, who sexually assaulted and raped an intoxicated 18-year-old girl after watching another friend violate her, were sentenced to jail and caning on Monday (July 6).

In sentencing, Justice Chan Seng Onn said he took into account the pair's young age when they committed the offences: Irsyad was 18 and Sharuddin was 16 years old.

The judge said reformative training was not appropriate as they had committed serious offences.

The pair were among a group of four youths charged with various sexual offences against the girl, who had agreed to have sex with one of them.

Muhammad Nurul Huzaifah Raimy, 24, who had consensual sex with her but then instigated another youth to take a turn with the oblivious girl, was given seven years' jail and six strokes of the cane in February for abetment of sexual assault.

The fourth youth, 20, a childhood friend of the victim, will be dealt with separately. He cannot be named because of a gag order to protect the identity of the victim, who is now 20.

On the night of July 19, 2018, the victim, a part-time waitress, smoked methamphetamine before going clubbing in Clarke Quay.

By the time the club closed at 3am, she was exhausted and drowsy after spending the night drinking and dancing.

Huzaifah asked her if she wanted to return to his place and she agreed. The three other youths were with him as he helped the girl walk to a nearby taxi stand.

Huzaifah then offered the friend a chance to have his turn with the girl after he had sex with her, saying that she was "high" and would be oblivious to the swop.

The offer was made in return for the friend - who lived alone - allowing Huzaifah to use his one-room flat for sex.

At the flat, Irsyad and Sharuddin observed Huzaifah having sex with the girl, who was drifting in and out of sleep.

Huzaifah then called out to the friend to indicate it was his turn.

Sharuddin and Irsyad admitted that they watched the friend carry out a sexual act on the girl.

After the friend left the flat, Sharuddin and Irsyad approached the motionless victim and began carrying out sexual acts on her without her consent.

Irsyad then encouraged Sharuddin to make the girl perform oral sex on him, while he raped her.

The girl was jolted awake when Sharuddin pulled her hair. After realising that two strangers were sexually assaulting her, she struggled but was too weak to stop them.

After the duo stopped, she began crying, prompting Irsyad and Sharuddin to flee the flat.

She then rebuked Huzaifah for allowing his friends to take advantage of her and said she was going to call the police. On hearing this, he also left.

When her friend returned later, she told him what the others had done to her, unaware of his role.

All four were eventually arrested.

Related Stories
Youth had sex with intoxicated girl, 'offered' her to another guy and let 2 others rape her
Youth who admitted raping drunken 15-year-old girl during Truth Or Dare wants to retract guilty plea
Homeless man saw drunk couple sleeping at bus stop, moved woman away and sexually assaulted her
More About:
court
Rape
sexual assault