Jacelyn Tay doesn't need a man for sex: 'Sorry, am way more spiritual than that' 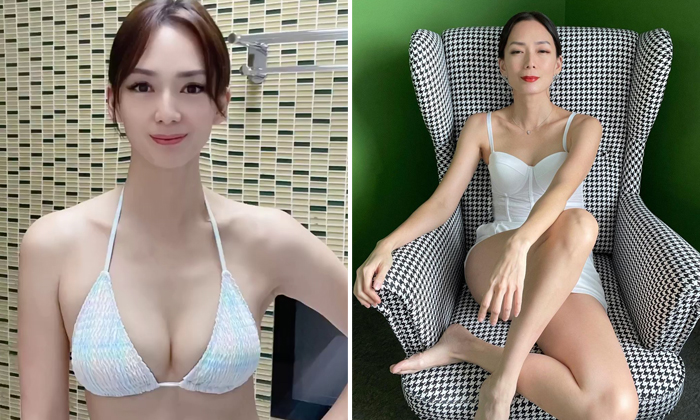 The 47-year-old local personality was married for eight years to businessman Brian Wong before they announced their divorce in 2018. They have an 11-year-old son, Zavier.

Tay wrote that her “beloved auntie from Switzerland” is in Singapore for a holiday and that they have not seen each other since the pandemic.

After she told her relative that she did not have a boyfriend since her divorce and she was “not interested in dating or meeting any man (am more interested in my plants), she said, ‘Sweetie, it is good to find a partner’”, Tay wrote.

She said in the post she is perfectly happy being single. “Frankly, with my son, a great mum, siblings, many BFFs plus my love – business and work as a health coach – I’m happy, well-balanced, peaceful now,” she wrote.

Tay said she would not settle for just a “companion”, unless there is a man whom she truly likes and respects, and who loves and accepts all of her – including her son and family.

“What do I want to do with that person whom I get as a partner? Take care of me? I don’t need that actually,” she said. “Sex? Sorry… Am way more spiritual than that.”

She does not believe in getting into a relationship out of necessity, describing it as being like a business transaction.

“You come together for profits. When it’s not profitable, you end the relationship,” she wrote. “I also do not believe marriage is a partnership. I only believe in love.”

She gave the example of her love of the Monstera Albo, saying she loves the plant with no sound reason. “It just resonates with my vibe, period,” she wrote. “Just like when I look at my son, I love him no matter what.”

However, Tay is not ruling out finding her true love down the road.

“Only time will tell,” she said. “If you truly love, it doesn’t change no matter after 10 or 20 years, or with a few differences or quarrels.”

She ended the post with the hashtags #hopelessromanticaboutlife and #jacelynphilosophy.