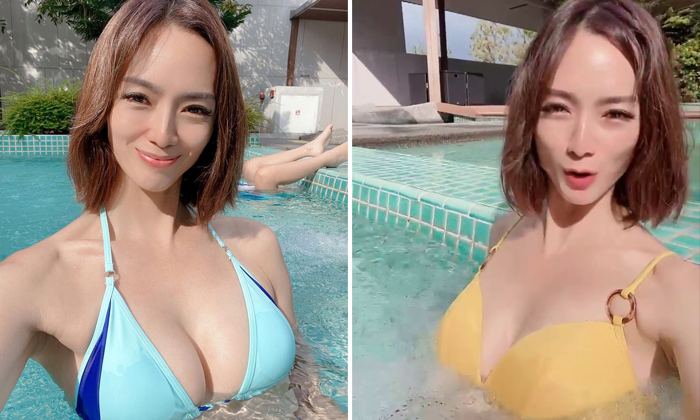 Former actress Jacelyn Tay has been both slammed and praised after posting a photo of herself in a bikini to recommend breast pumps.

In the post shared on Instagram on Monday, Tay, 47, who is now a health coach and nutrition consultant, wrote: “OK, don’t think crooked with this photo. Am going to talk about breast pumps for breastfeeding mums.”

The divorced mother of an 11-year-old added that she was not paid to endorse the products and said: “Purely sharing so it benefits new mum followers here who struggle with breastfeeding. If during my era there was such a hands-free pumping gadget for breast milk, more mums would have an easier time.”

However, most of the comments focused on her enviable figure instead of her message, with one fan commenting: “You look so much better than those around your age.”

Others used the fire and heart eyes emojis to express themselves.

One netizen wrote: “Talk about breast pump but actually don’t need to show revealing breast. A successful marketing must be creative and not use your breast to support what you say.”

Another called the photo “misleading”.

Tay, who has 147,000 followers on Instagram, replied diplomatically that she picked this photo as she did not have an appropriate one to go with her post. She is no stranger to sharing photos of herself in a bikini, as a quick scroll of her Instagram feed shows frequent posts of her in swimwear.

She added in her reply: “Got to be more creative next time. Maybe followers can give suggestions.”