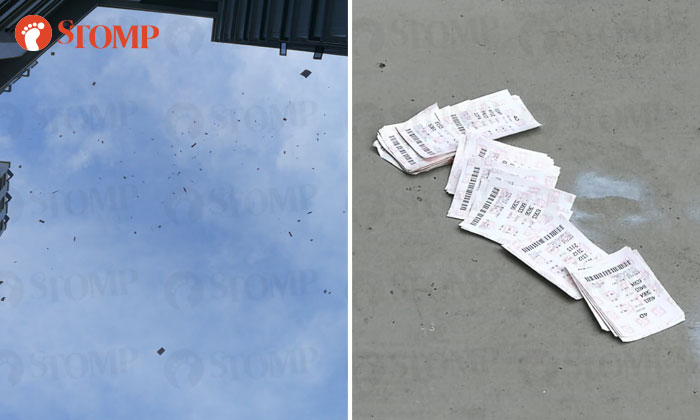 Residents at Lengkok Bahru were caught off guard by a sudden downpour of 4D betting slips on Tuesday evening (Nov 27).

Stomper Gerald alerted Stomp to the incident that happened at Block 63A Lengkok Bahru and shared photos he took of the unusual sight.

"I was coming home at about 6pm when I saw it was raining 4D slips," he said.

"A lot of people were shocked and started recording and taking photos." 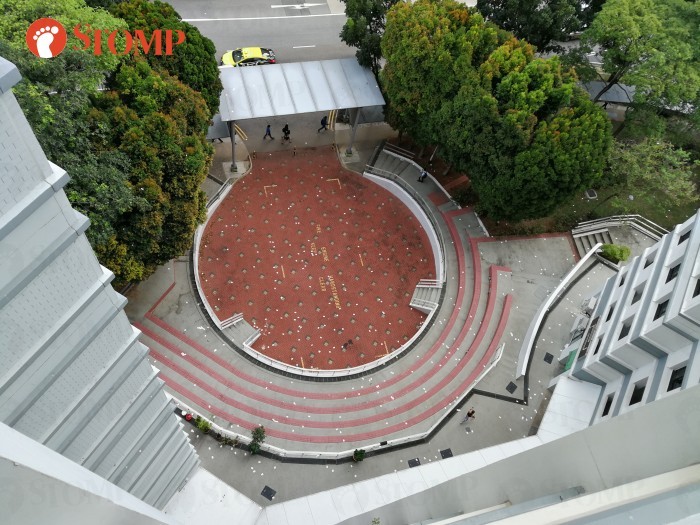 Gerald said that this is not the first time a "serial litterbug" at the block has tossed out 4D betting slips.

"This problem has been going on for years," he said.

"However, yesterday was the most serious because there were hundreds of slips. 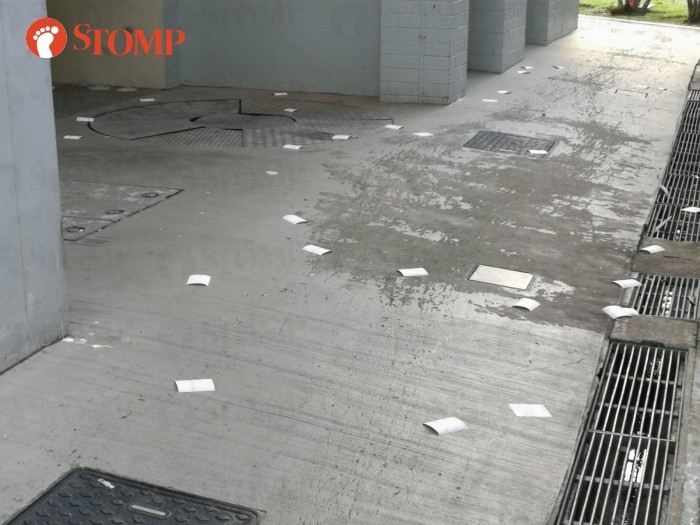 "I picked some up and saw that they dated back to July this year."

He added that previously, he would find 4D slips on a weekly basis but the culprit has become more irregular which probably explains why there were significantly more slips thrown out this time.

"I went down to the Singapore Pools outlet at Blk 63B Lengkok Bahru and asked the staff if they could trace where these slips came from," said Gerald.

"They told me that they were all bought from that shop.

"The culprit must be someone living at my block but we just don't know who it is."

Gerald told Stomp he has made several reports to Tanjong Pagar Town Council (TPTC) regarding the matter.

In response to a Stomp query, a spokesman from (TPTC) said: "We are aware of this case as our resident alerted us of this feedback yesterday.

"We have already cleared up the litter and have highlighted this case to NEA for the required enforcement.

"We are also working closely with the grassroots leaders and residents of the block to identify the culprit."