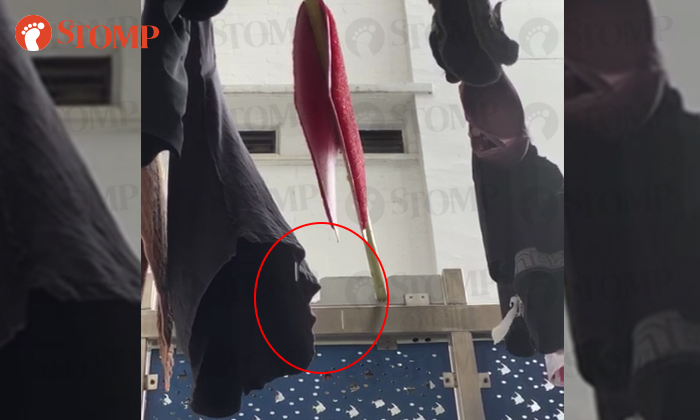 Perpetual 'rain' and laundry that is always getting wet are frustrations that a resident in Geylang Bahru has to constantly deal with, all because of her selfish neighbours.

Stomper Fitzy, who resides at Block 68 Geylang Bahru said that her neighbours on the 12th floor have been leaving wet laundry out to dry.

She explained: "The water from their wet laundry keeps dripping onto our clothes.

"They also hung a floor mat that was dripping water. Is all the dirt from that water meant to 'wash' our clothes? Huh."

According to the Stomper, this is "nothing new" and her neighbours had also previously left shoes out to dry.

She added: "It's so selfish of them. They are living in their own world.

In response to a Stomp query, Jalan Besar Town Council said it has not received any feedback about the issue at this block of flats.

A spokesman told Stomp: "Nevertheless, we will visit the resident's upper floor neighbours to advise them about the matter.

"We will also help refer the case to the relevant agency.

"We thank the resident for her feedback."

View more photos taken by Fitzy in the gallery.