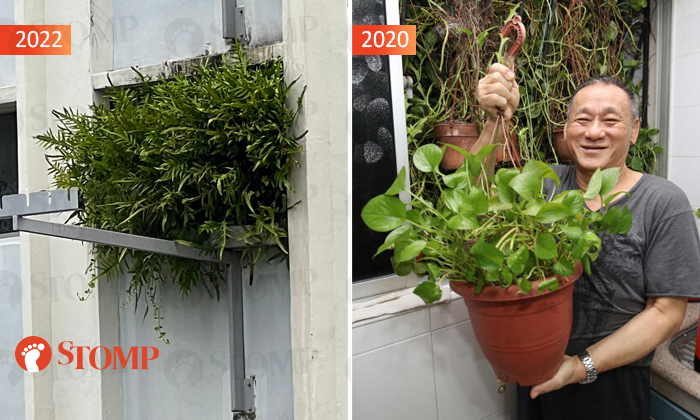 How dedicated are you to your hobbies?

An elderly man has kept up with his plant passion in the past two years and continued to maintain the urban jungle in his four-room flat at Block 158 Tampines Street 12.

Stomper Emily, a resident in the area, said she was shocked by the unusual sight when she came across it recently. 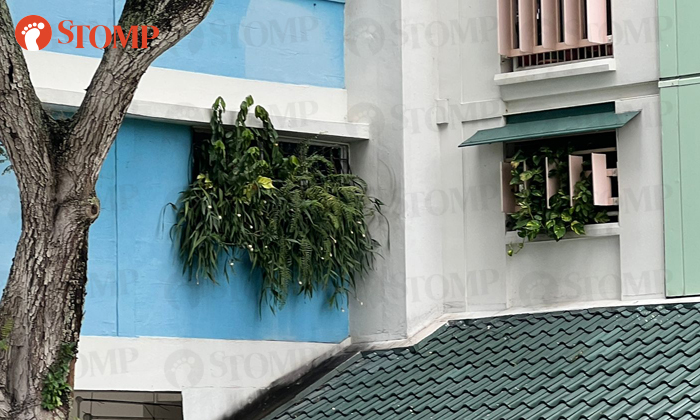 Sharing photos, Emily told Stomp on Tuesday (Nov 22): "I spotted this interesting unit with overgrown plants and shrubs extending out from the kitchen and living room windows.

"It left me shocked and wondering about the condition inside the unit. Is anyone actually living there?"

Mr Victor Lee first made headlines in July 2020 after an anonymous Stomper shared photos showing a curtain of plants covering his windows.

Tampines Town Council had then visited Mr Lee's flat and asked him to trim his plants. But the latter said he had no intention of doing so, despite repeated requests. 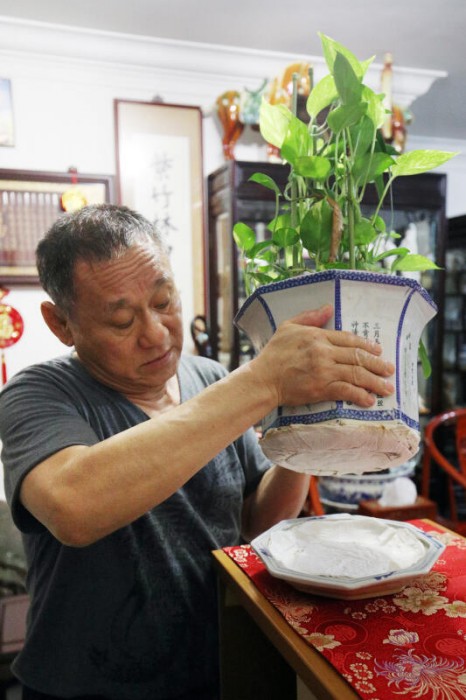 Mr Lee, now 73, reportedly spends up to four hours daily tending to his plants at the windows and along the common corridor. He also makes sure that water does not pool in his flower pots, preventing mosquitoes from breeding.

Neighbours are apparently unbothered by the foliage, with one saying that it has been like this for over 10 years.

And to answer Emily's question about the state of Mr Lee's home, it was found to be "neat, clean and well lit" as well as "spotless with neatly arranged furniture" when reporters visited him two years ago. 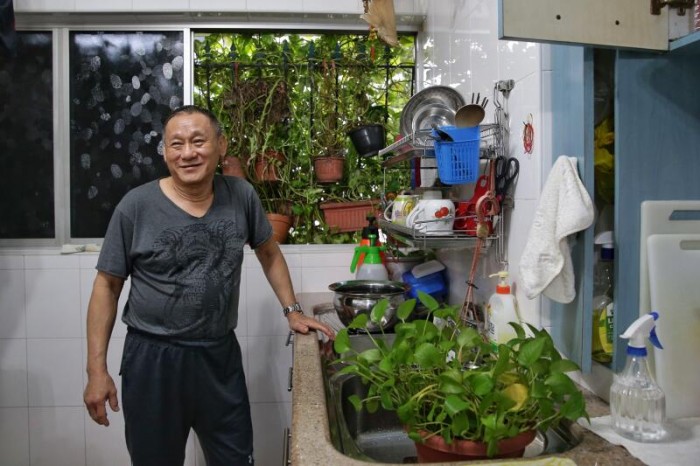 A spokesman for Tampines Town Council had said in 2020: "As the plants are grown within the residential unit, we are working closely alongside HDB and other stakeholders to engage with the residents to advise them to maintain their plants regularly."

However, Mr Lee told the media: "I like the plants as they are. It is like someone who has intentionally grown their hair long. They won't cut it even if you asked them to."