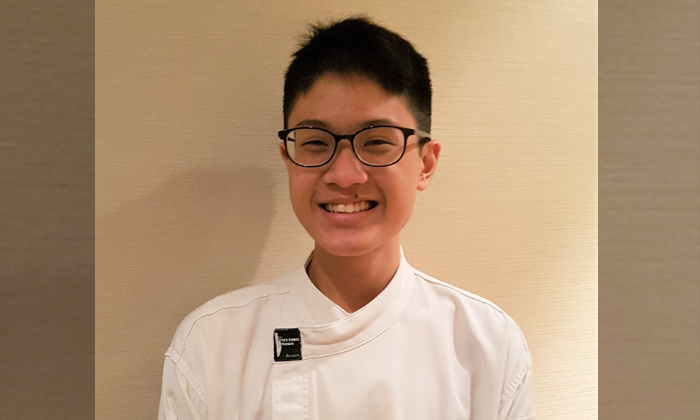 Cooking from the Heart

As a child, Ryan often complained about his mother’s cooking. In response, his mother challenged him to cook for himself. Taking up the challenge, he has been cooking since primary school.

A few months after beginning Secondary 5, Ryan realised that he wanted to pursue culinary arts instead of taking the O-Levels. Against his parents’ wishes, he left secondary school and joined the Nitec in Western Culinary Arts course.

At ITE, Ryan’s passion for cooking motivated him to excel above challenging circumstances. These included rigours of working almost daily as a kitchen helper to support himself, and the long travelling time from his home to campus.

Ryan also used his culinary skills to serve the community, by preparing food for fundraising events and cooking for the elderly.

Ryan shared: "Working in the culinary industry is tough, but I feel very satisfied when I see my completed dish on a plate and my skills improving day by day. This is how I have made my parents proud."

"Working in this industry also feels like getting an extra value meal, because you end up receiving a lot more in return. You learn determination and valuable life skills.

"I used to be late for school often during secondary school. However, I was never late for classes at ITE despite the two-hour journey I had to make to school. Every day, the excitement to learn new culinary skills motivated me to make my way to school on time.

"When you are passionate about something, you will never be late for it."

Ryan is pursuing the Technical Diploma in Culinary Arts at ITE College West. He aspires to continue honing his culinary skills and be a successful chef.