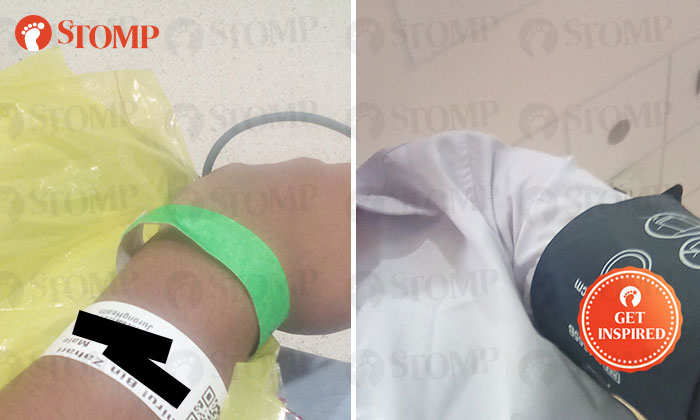 Stomper Amirul, a student at ITE College West, is looking for a man who attended to him after he lost consciousness on a bus.

Amirul told Stomp that he was on bus service number 160 heading towards Jurong East Bus Interchange on Monday, at around 2pm when he suddenly passed out.

Said Amirul: "I couldn't hear, speak nor see. I gained a bit of conscious when a man who I recalled was from the SCDF attended to me.

"I couldn’t move because I felt very heavy."

He had boarded the bus at ITE College West earlier.

When he awoke, he found a man attending to him.

Amirul did not get the man’s name but recalled that the man told him that he was from the Singapore Civil Defence Force (SCDF).

The man called for an ambulance and Amirul was conveyed to Ng Teng Fong General Hospital for treatment.

He added: "Nothing can ever repay him but a million of thank yous is all I’m able to give. And I'm doing good now after I've reached the hospital.

"The most you guys can do is spread this word so it could reach him because he deserves this. SCDF should also thank him because he is doing something during his off hours.

"Once again, thank you to the guy who saved my life and please spread this message so I could thank him."

Asked if he knew why he had fainted, Amirul said he did not know why.

Related Stories
Do you know him? Woman hopes to find father's friend with whom he had lost contact for 49 years
Have you seen this lost cat last seen near Block 185 in Boon Lay?
$1,000 reward for Maltese that went missing at Telok Blangah Rise
More About:
inspiring