Is this for real? Men seen in zombie-like trance at Kallang Ave will freak you out 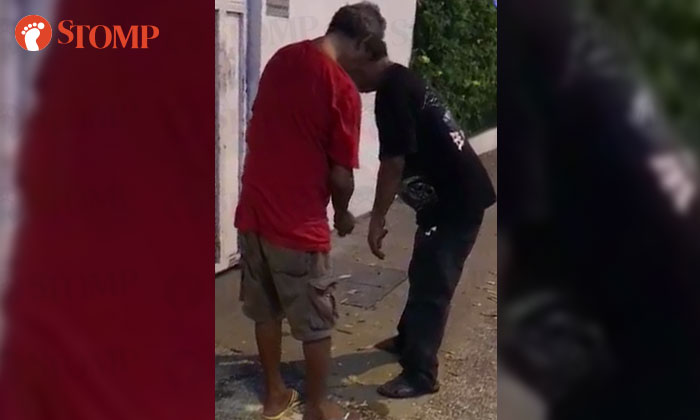 Stomper Amanda was creeped out by a couple of men who appeared to be in a zombie-like trance near a bus stop along Kallang Avenue yesterday (Oct 9) at around 7pm.

The two men were standing next to each other, hunched over with their arms dangling by their sides.

One of them was swaying slightly from left to right.

The sight was disconcerting for those waiting at the nearby bus stop opposite Aperia Mall.

"Everyone was staring at them but nobody did anything," Amanda said in a phone interview with Stomp.

She added that they were probably too scared to get close and that she called the police and informed them about the men.

"Has anyone else come across such behaviour recently?" she asked.

Stomp understands that when the police arrived at the location, the men were gone.

It is unclear whether this was a prank or publicity stunt or if the men had taken any substances.

Related Stories
Why you shouldn't freak out if you see this real-life doll on Tokyo streets
Brazilian woman turns hysterical and punches herself after watching 'Annabelle: Creation'
Creepy video shows face of 'pontianak' outside car
More About:
creepy
scary
freaky
Kallang