Is there a point to this? Youth sets cardboard on fire at void deck while being filmed 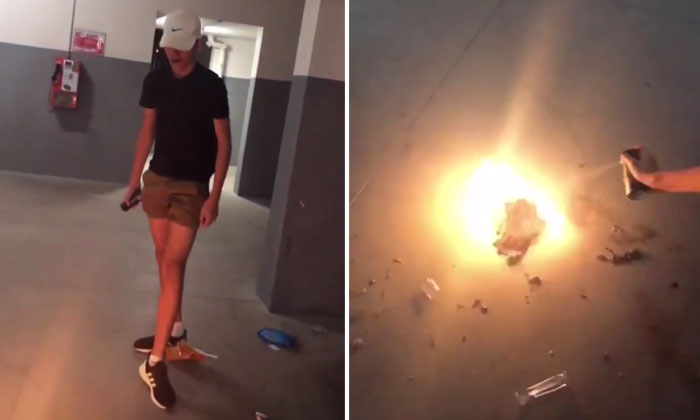 A teenager was recorded on video burning pieces of cardboard at a void deck and then posted evidence of his behaviour on his Instagram Stories.

Stomper Annoyed Adult alerted Stomp to the compilation of Instagram Stories showing a teenaged boy burning the cardboard till they turn into ash.

In the video, he uses what appears to be a flammable aerosol spray to fuel the fire then stands back to look at his work.

"This guy and his friend were probably bored and decided to burn stuff they found or had on them," said the Stomper.

"He was being a public nuisance and making the place all dirty and messy.

"I doubt he cleared the mess or even thought about the cleaners who have to clean up afterwards.

"He might think it's cool to do this but it's not.

"He should find something more productive to do."

Earlier this month, another group of youths were seen on camera setting fire to a supermarket trolley at a gathering.

This is just the latest in a spate of incidents of young people recording and posting their unruly behaviour on social media.