Is my boyfriend seeing a married woman? 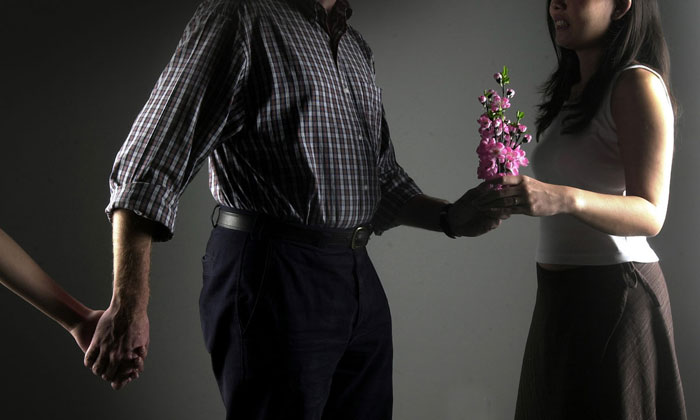 I really do not know if I am right or wrong.

I have a boyfriend who I am no longer happy with. He has a woman colleague who he says constantly texts him but he is uncomfortable with it and does not understand what she might be up to.

To my disappointment, just a week or so after he spoke about her to me, he became so close to her it has left me insecure. She’s the first person he talks to every morning and the last he talks to when we go to bed.

She has visited him in my absence and he kept it a secret. He, too, visits her when her husband is not around. Apparently, they were selected to make up a work team and they have a weekend trip ahead.

They joined a gym centre although he and I had an agreement to find a gym and go together. I was left out just like that.

Well, that’s not really my concern. But the woman makes calls at any time she wants.

We had a talk where I requested that she respects my time with my man at home and not overstep boundaries as a friend, but things have become worse. My man becomes defensive when we talk about it.

Sometimes, after speaking with her, he comes to me mad and throws tantrums without hearing my side of the story.

Finally, I decided to move out because my boyfriend does not see the pain he is causing and it hurts me to see him protecting another woman’s feelings over mine – a woman who is married at that.

Should I be worried? I feel like he loves her and not me and he gives her the impression that I am nobody to him…

I am a strong believer in each person having their own circle of friends, male and female. Friendships, lots of them, make life easier and happier.

When you find someone you want to be with in a life partnership, you keep your friends, and develop new circles of mutual friends in addition.

Sometimes, your new partner won't like one or two of your old friends. That's perfectly okay. You keep seeing your mates, but you don't drag your partner along. However, it must always be made super clear that your No.1 loyalty is to your partner.

Your boyfriend is putting this other woman first. Worse, he's seeing her and lying about it. Those two things alone make this situation unacceptable.

He doesn't have a friend you don't like; he's running two relationships and you are clearly second.

You have moved out, which seems perfectly sensible. I strongly suggest you tell him it's over. Find someone nice, who loves you, and who puts you first.

That man is not worthy of you. Don't waste any more time on him.

Related Stories
"My girlfriend and her ex-boyfriend are too close"
Secret life as a social escort in Singapore: "Can I really control who I develop a crush on?"
'My friend's husband is cheating, do I tell her?'
More About:
cheating
confessions
couple
relationships